The mayor of Orihuela, Emilio Bascuñana, travelled to Brussels last week where he met EU Commissioners and MEP’s to discuss the situation in Orihuela and the Vega Baja region following the September floods.

He was accompanied by two councillors from the Government Team, the councillor for tourism, Mariola Rocamora, and for large projects, Sabina-Gorretti Galindo.

On day one of the two day visit the Orihuela party held meetings with Miguel Arias Cañete, Commissioner for Climate Action and energy; Christos Stylianides, Commissioner for Humanitarian Aid and Crisis Management; and with Esteban González Pons, 1st Vice President of the European People’s Group. 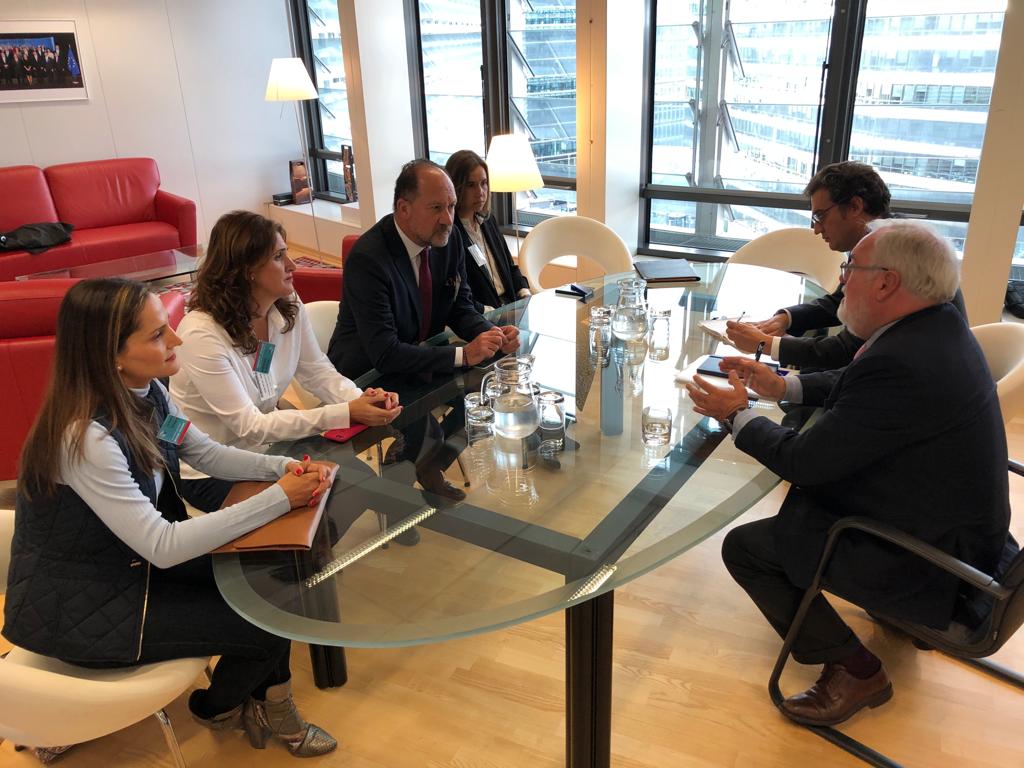 Bascuñana said that he was encouraged by the willingness of all European representatives to know first-hand the situation in Orihuela and the Vega Baja region. “They have guided us in the different measures that we can undertake in the short and medium term to approach the recovery for the damages suffered, as well as the necessary infrastructure to prevent this type of disasters from happening again,” said the mayor.

He said that he was particularly indebted to the President of the European Parliament, David Sassoli, as well as to the MEP Esteban González Pons and his team, for the great work done in helping with the arrangement of the meetings, and to Juan Ignacio Zoido for his involvement with Orihuela and the region.