Suzanne Stokes, a local artist from Quesada, took a photograph of Wayne, Skippy and Joe as they stood in a shaft of sunlight in the Orihuela Cathedral on Armed Forces Day.

‘It was 38 degrees that day,’ said Suzanne, ‘and they were all in their scarlets. I asked them how they coped, to which they smiled and said “We’re soldiers”. I simply had to paint them.

Suzanne says that she had the privilege of having lunch with Wayne and Skippy last week at Restaurante La Herradura so that she could give them the painting as a gift.

It will now go back to The Royal Hospital Chelsea in England where it will be put on display alongside works by Sir Anthony Van Dyck, Ken Howard and June Mendoza. 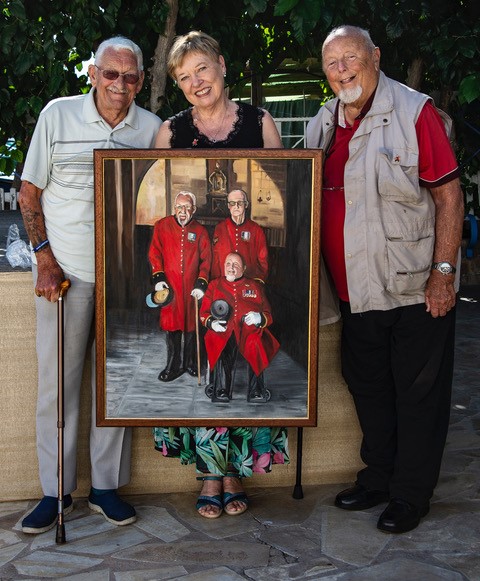