On Wednesday, San Miguel were away to Javea Green (always a difficult fixture) losing 4 – 8 (73 shots to 97). The best winning rink were Cliff Plaisted, Bob Graham, Carol Broomfield and Steve Cantley 21 – 10.

In the last 2 weeks between league matches we have also had the pleasure of hosting 3 UK teams on tour: Cardigan, Gate & Parade, also an extremely friendly Norwegian team from Stavangar, who apparently have received financial support from their government to improve club facilities; encouraging seniors to play to help with their mobility, I think we’d all agree with that!

We are a competitive but friendly club; you’re welcome to join in “Vic’s hamper” on Saturday mornings (check chalkboard outside the office & the calendar). For more information & calendar, check SLBC website at: www.sanluisbowls.byethost7.com We welcome new & experienced bowlers; come along & see us, or for more help contact June Jones, Club Captain: 691903773. 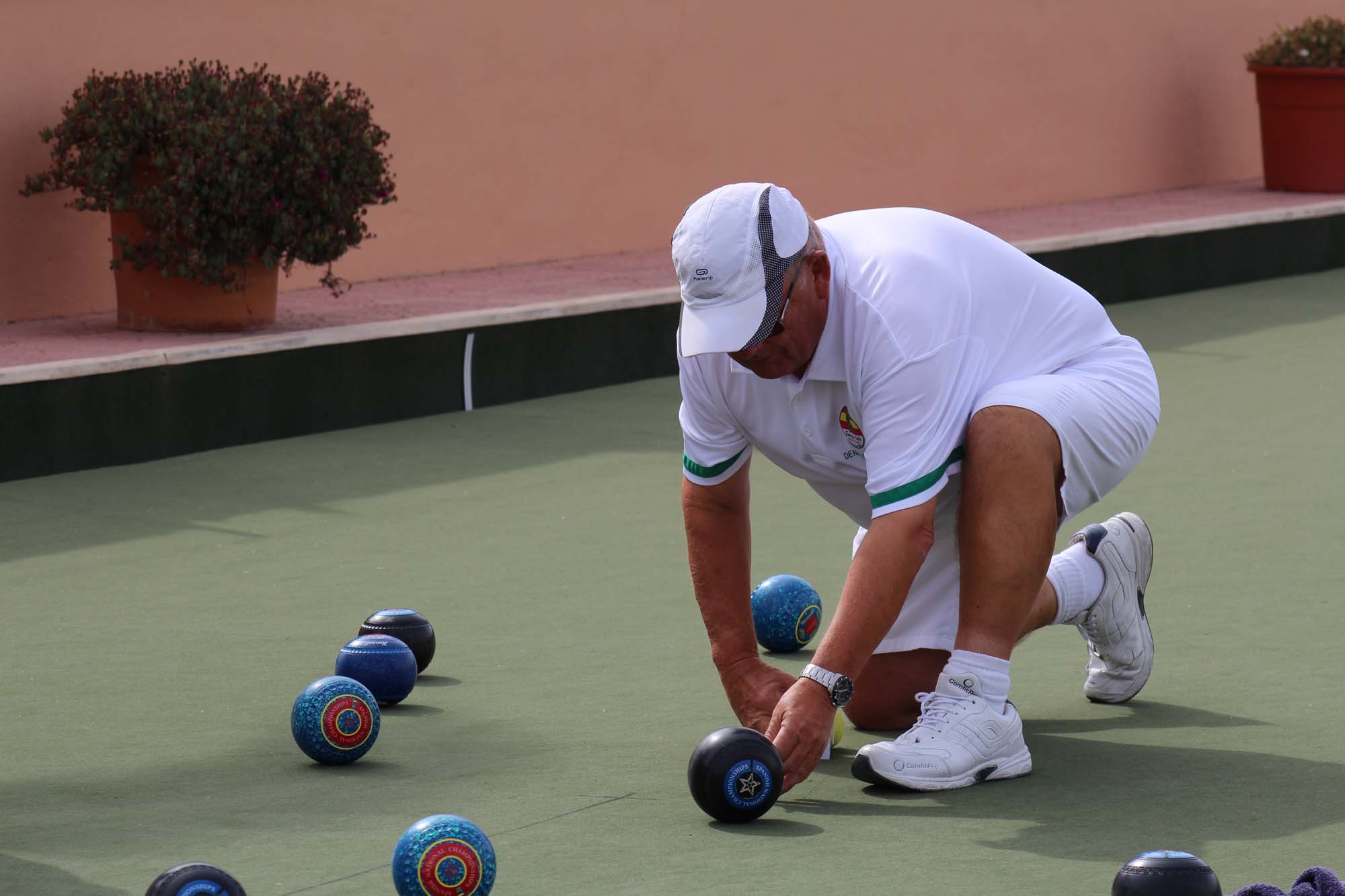 In the Enterprise Division B, The Maples were at home to La Siesta Apollos. final score, Shots for 95 against 86, Points,  – 10 – 4 .Best winning rink were – Beryl Reagan, Dave Thompson, skip Mike Reagan, 18 shots to 10.

In the Voyager division the Chestnuts were at home to their sister team the Beech. Final scores were – shots for 110, against – 95. Points for 10, against – 4. Best winning rink were – June Whitworth, Peter Ayres, skip Dave Whitworth. 28 shots to 9.

In the Discovery Division, the Sycamores were away to Monte mar Matadors.final scores – Shots for – 113, shots against – 88. Points for – 9 , points against – 5. Best winning rink were – Bert Ewert, Geraldine Fisher, skip Gordon Fisher. 27 shots to 11.

In the C Division Southern league the Ash were up against it when they played El Rancho Broncos. final scores were – Shots for – 68, Against – 148. Points for – 0, Against – 14.

In the A division the Oaks also had a bad day at the office when they played Vistabella Lanzadores. Final scores – Shots for – 88 against – 107. Points for 2, against – 12. Winning rink were – Carol Rudge, Avril Toozer, skip John Obrien. 20 shots to 11.

Meanwhile the Pintos were at La Marina playing Pathfinders, a venue I always enjoy playing, such a friendly lot. We had great fun and came away with a draw, 2 rinks to 3, with one draw and taking the overall shots by just 3. A good away result all round.

Meanwhile the Mustangs were away to Mazarron Miners and had a good morning fun in great company. The Mustangs came away with 3 rinks to Miner’s 2, with the other drawn, also taking the overall shots. A splendid away result . For further membership information contact Sheila Cox at micksheilacox@gmail.com 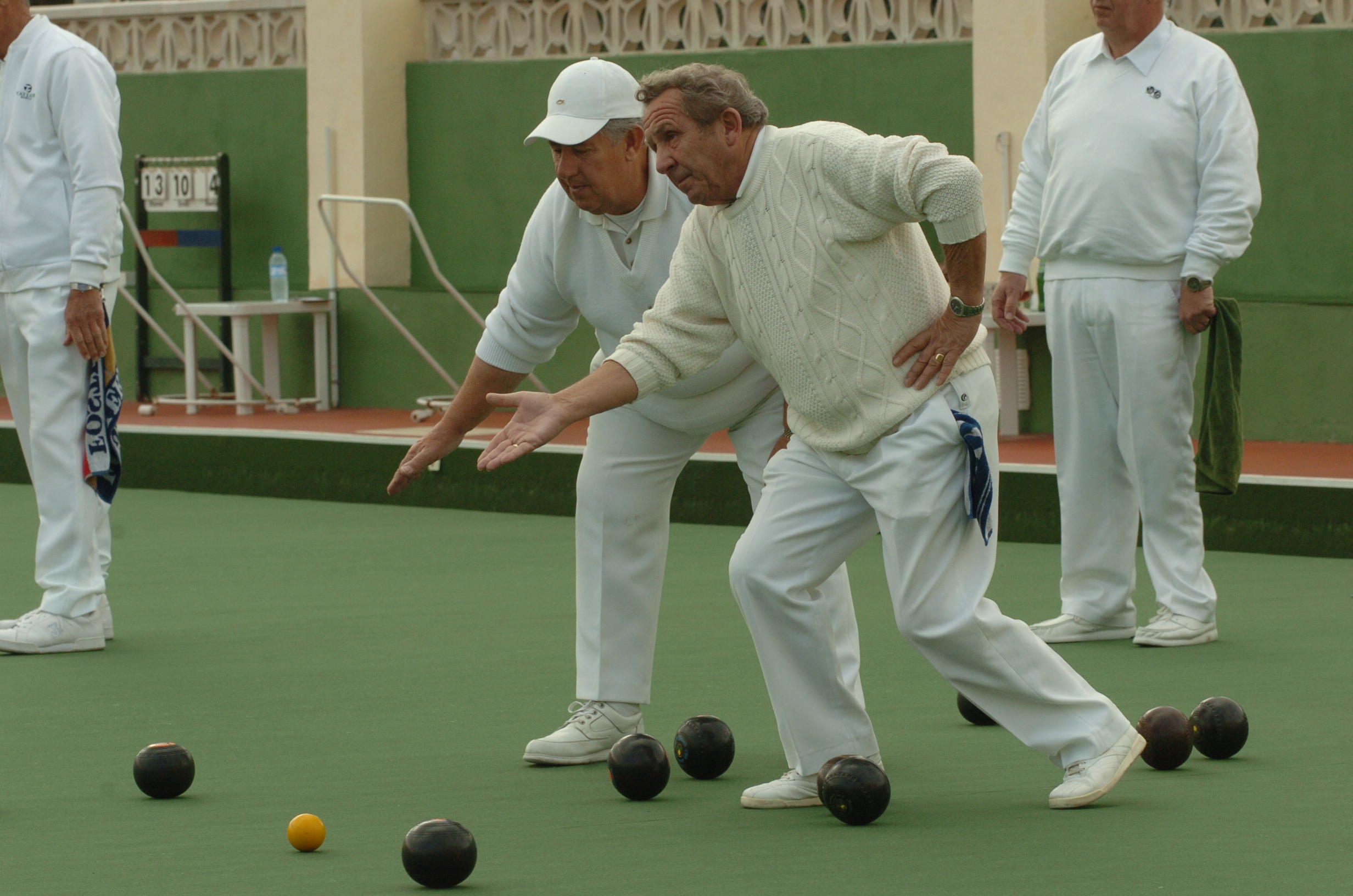 Sat brought the Gate back to the Isle to defend their winning run against the Isle in the annual game and they retained the trophy with a 3-2 victory. A great game and as usual a great after game celebration.

Wed also saw the Isle having a visit from Stavangar bowls club, it was a really day of bowling with the home team came out winners 5–1, but the visitors enjoyed themselves in the sun,

The Claymores were at home against San Miguel Boxers and had a bad day losing 2-12 aggregate 76-100, winners were F Close L Freeman A Malcolm 15-14

First match of the season for Country Bowls Flamingos was at La Siesta against the Pioneers on a cloudy Monday morning.

A lovely days bowling with friendly and convivial hosts.

The Pioneers put up a great battle and gave a tough game but the Flamingos stood victorious with a score of 10 – 4 .

Well done to the Flamingos. A fantastic start.

On Friday saw the Quesada Swans swanning into Country Bowls Club to play against the Cubs.

Well done to them and hard lines Country Bowls. Better luck next time.

The Country Bowls Geckos  ventured far from home all the way to Monte Mar to play the Monte Mar Toreadors.

A number of the Geckos were unable to play, several out of the country, so it was just the 18 remaining here that made it to the green.

The same determination and grit was evident from the off and even though the Toreadors fought with tenacity and enthusiasm, the Geckos hung in and then went on to win on 4 of the 6 rinks.

The points were so close that the Toreadors won the all important 1 shot advantage on the very last shot of the last game taking the shots by just 1.