A rescheduled game from the beginning of the season gave CD Montesinos an early chance to put the horror show of Saturday’s game against Bigastro behind them. Their opponents had had a poor start to their season, losing all three of their opening games. So, hopes of victory were, understandably, high for the estimated 100+ travelling Monte fans.

Quick out of the traps the Monte back 3 and supporting midfield stamped their authority on the contest, constantly pressing their opponents back. The key word was patience, as time and again, Monte probed for the telling opening.

The inevitable opener came when classy midfield maestro Pepe followed up on his own shot that rebounded off the bar, slamming the ball home. Minutes later, a clear penalty, cooled slotted in by Manu Sanchez added to the tally. Saladar were giving only a token resistance to the slick passing and movement by the Reds. 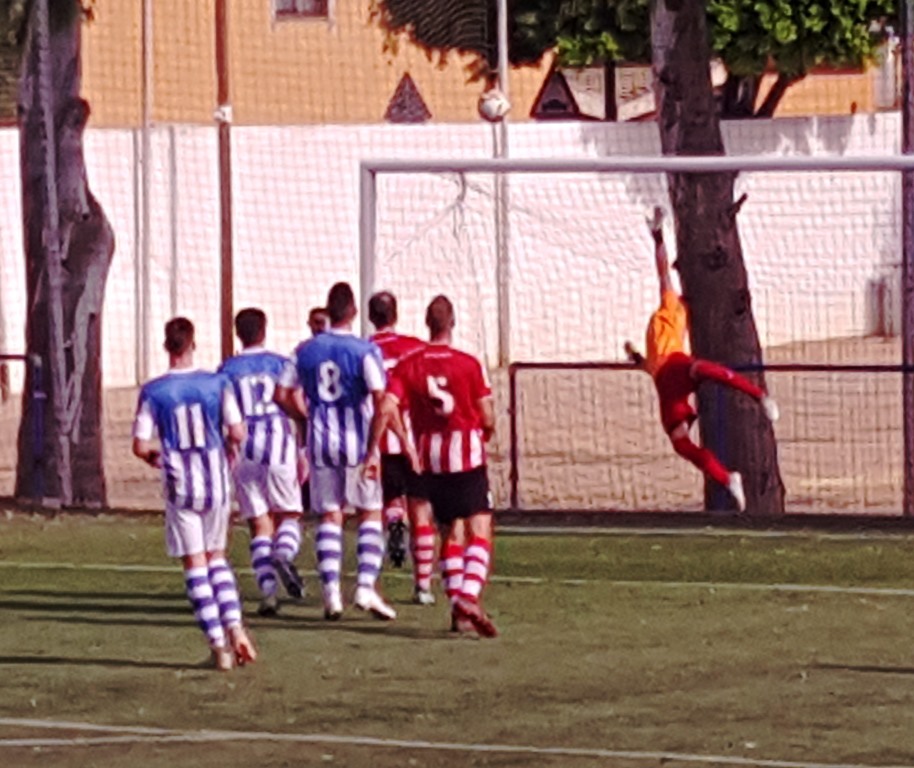 The half finished with further opportunities going begging, but remained two-zip,

If Monte thought the rest of the session would be a breeze they were brought down to earth with a bump when an early Saladar free-kick from distance, fair whizzed past a static defence and keeper into the bottom corner. Surely Monte weren’t going to blow it?

The goal gave Saladar a brief fillip and for a short while Monte had to be a bit sharper than their dominance of the game suggested. Saladar were not going to take this lying down.

Following a crunching collision with the stand wall, new boy Lucas dusted himself down and moments later, produced an exquisite goal to restore the 2 goal cushion, individually taking on two defenders then coolly chipping the hapless Saladar keeper before wheeling away in triumph. 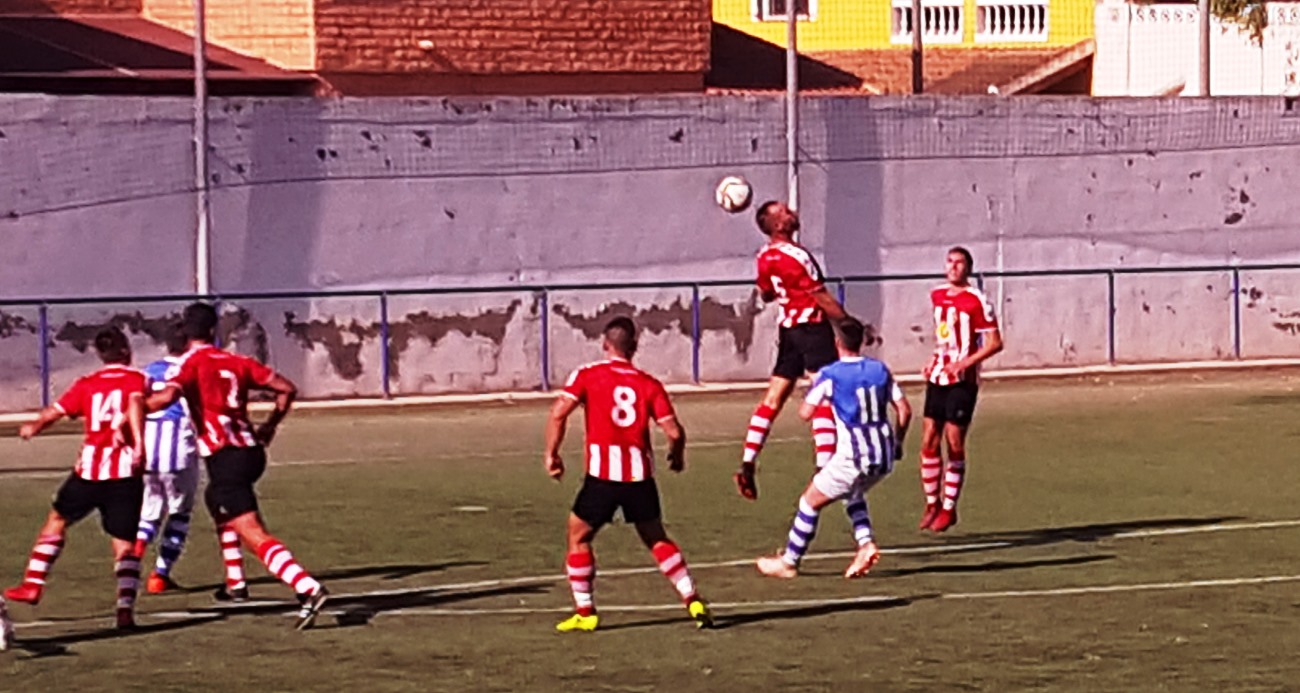 Unbelievably, Saladar came back AGAIN, with a replica free-kick from almost the same position, with exactly the same result! Questions asked about the defence, but more importantly the keeper’s positioning. Game on AGAIN it seemed!

Nerves were eventually settled when a slick interplay on the edge of the box allowed marauding centre back Manu to side-foot the ball neatly in the corner. Saladar were reduced to 10 following a second yellow for their captain, but the difference was minimal. The game ended as it had begun, with Monte dominating almost all areas of the park and by and large, cruising.

Monte will have tougher tests this season for sure, but the levels of application and concentration must be maintained if they are to top the league when it matters, at the end. Some great football on display, but ultimately, it’s results that matter.

If you like your football “grass-roots” style and are in the area, you could do worse that pop down to a local game and have a proper “gander” of the action. It really is that good.

Monte Back To Winning Ways.