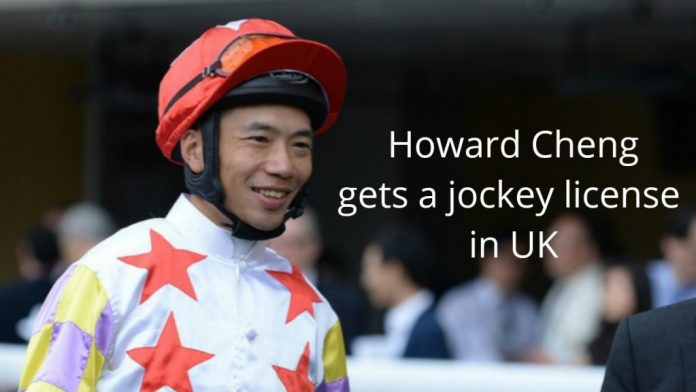 FORGOTTEN jockey Howard Cheng has been thrown a lifeline by William Haggas – three years after leaving Hong Kong in disgrace.

“I felt he deserved a second chance,” said Haggas.

Cheng, 38, has been granted a riding licence by the BHA – under strict conditions.

“When he asked me if I would support his application I was more than happy to do so,” said Haggas.

Former champion apprentice jockey in Hong Kong in 2000-2001, Cheng was found guilty of a number of running and riding offences.

Cheng made an astonishing 232 appearances before the Hong Kong Stewards.

A 25 fixture suspension was imposed in October 2016, and given a six month ban, for failing to co-operate with enquiries, by providing financial and telephone records. An additional two months ban was given for breaching insider information rules.

Cheng has been living in Newmarket and working for Haggas since 2017: “When ex-jockeys fall by the wayside they can be surly and turn to refreshment – but not him,” said Haggas.

Cheng suffered a serious leg injury in the summer and was sidelined.

Cheng’s reprieve comes in the wake of applying to the BHA for a licence in 2018 – rejected – not considered a suitable person.

The licence will be reviewed after 12 months, and Cheng has had to agree to particularly strict conditions, regards to his use of his telephone, and also access to his banking records.

“Following consideration of his application, the BHA wrote to Mr Cheng to inform him that we were minded to refuse, due to concerns regarding his suitability to hold a licence. “Where the BHA is minded to refuse an application on this ground, it is automatically referred to the licensing committee.

“The licensing committee forms part of the sport’s judicial panel and allows for independent assessment and ruling on disputed licensing applications.

“Following a hearing and submissions from both parties the independent licensing committee determined that Mr Cheng has demonstrated that he is a ‘suitable’ person to hold a jockey’s licence, subject to a number of conditions,” said a spokesman for the BHA.

“I hope to find him opportunities,” said Haggas.