TORREVIEJA Pool League has become a huge success following its inauguration in 2011, with three divisions under Chairman Alan Boswell.

“Torrevieja Pool League is entering its eighth year,” said Chairman Alan, who has lived in Spain since 2004.

“Following the inauguration of the Torrevieja Pool League, with seven teams in the first year, year-on-year it has grown,” said Alan.

Alan, 56, proprietor of Construction company AA Building Contractors, is aided by Jez Wood from the Britannia Bar, who compiles all the league tables and Torrevieja Pool League Commitee members Mick Flory from the Sports Bar and Django from Iglesias.

“The Summer leagues commenced five years ago,  with eight teams, and each year it is getting bigger and becoming more popular,” said Alan. 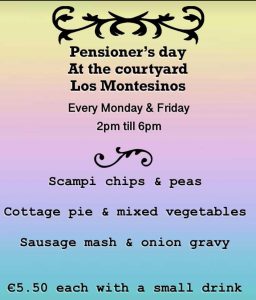 Could La Liga Football Be Coming to the Costa Blanca in the Near Future?

De Roey Flies into the Lead with Two Eagles