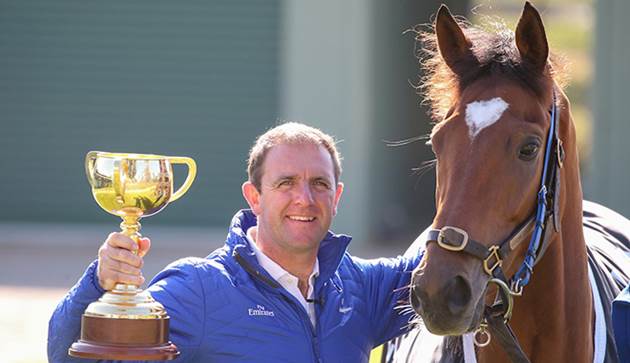 THE Melbourne Spring Carnival in October has attracted a plethora of international trainers set to roll out stable stars in the Victorian Carnival’s feature races.

Charlie Appleby trained Cross Counter is defending the Lexus Melbourne Cup. Hughie Morrison trained Marmelo, runner up in the 2018 Melbourne Cup; and Joseph O’Brien trained Master Of Reality, placed in the Ascot Gold Cup, ridden by Frankie  Dettori, will be down under in the Aussie showcase meeting.

The British trained contingency have to spend a mandatory fortnight post-arrival quarantine at the TAB International Horse Centre.

Royal Ascot winner Magic Wand, and Hunting Horn, both trained by Aidan O’Brien are entered in the Cox Plate.

Latrobe, trained by Joseph O’Brien, runner up in the 2018 Mackinnon Stakes, is an entry in Australasia’s weight-for-age Championship at Moonee Valley on Saturday, October 26.

Stablemates and Melbourne Cup entries Twilight Payment and Downdraft are also in Australia.