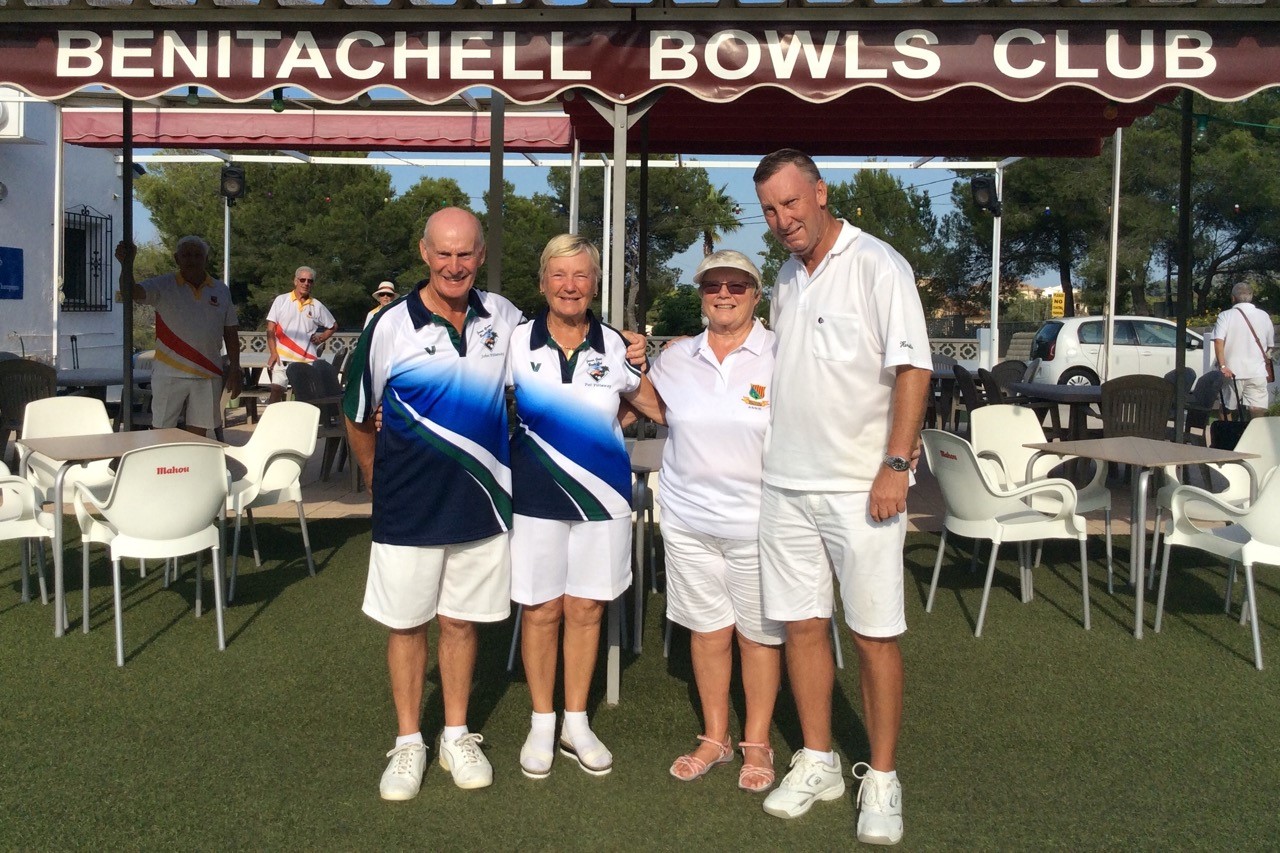 A lovely warm Saturday saw a ‘World First’ when the first ever competition of the new game of ‘All Green Bowls’ (loosely based on crown green/lawn green) was played at BBC. Devised and organized by BBC’s Dudley Davies.

16 Mixed Pairs took part, which included teams from Javea Green, El Cid, Bonalba and Calpe Bowls Clubs. Four groups of four teams each played out a Round Robin to find the 4 group winners to play in a drawn Semi-Final.

The group winners were Hazel and Ian Brown from El Cid, Chris and Dennis Wright from Bonalba, Pat and John Pittaway from Javea Green and Annie Jones and Chris Williamson from BBC.

After some great bowling and two very tight Semi-Finals, the teams through to the final were Pat and John Pittaway and Annie Jones and Chris Williamson. In the final Pat and John didn’t get the rub of the green and Annie and Chris ended up worthy winners.

Photos show all the players who took part and the Winners and Runners Up. A special mention goes to the ‘Scorers’, Graham Spurrier, Helen Baxter and Carol Davies who gave up their time to help out. Also a big thanks to the caterers who kept us fed and watered throughout the day.

This event was a resounding success and will be played again in October.