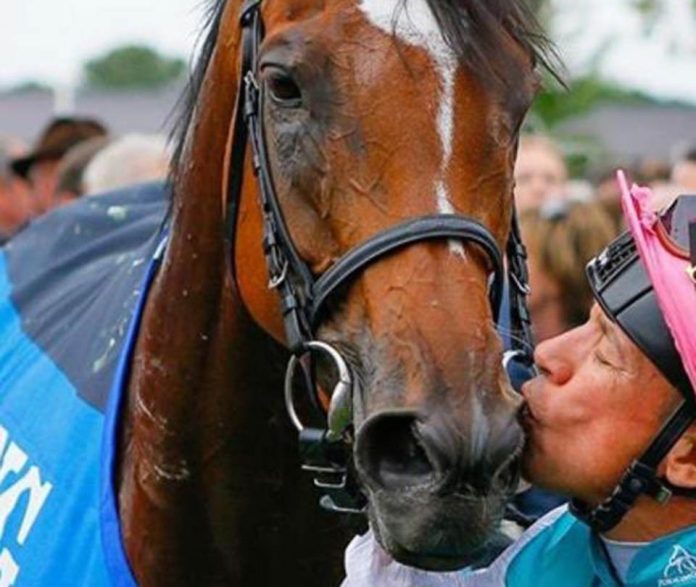 ENABLE will bid for an historic triple Qatar Prix de l’Arc de Triomphe victory at Longchamp on Sunday with jockey Frankie Dettori up – with Japan deemed a threat.

Enable, trained by John Gosden, successful in winning 10 Group 1 races goes to post as 8-11 odds on favourite in the £4.5m race.

Dettori and Gosden linked up to win last Saturday’s Cambridgeshire with Lord North, a winning selection by fromthehorsesmouth.tips in the 30 runners field.

Japan, trained by Aidan O’Brien and ridden by Ryan Moore, was successful in landing the Grand Prix de Paris in July, and beat Crystal Ocean in the Juddmonte International at York in August.

Ahead of the Arc jockey Dettori pointed to Japan as the one who could upset the triple bid: “Japan is an improving horse. My biggest danger,” said Dettori.

The going ahead of the Arc de  Triomphe is soft, with up to 8mm of rain expected leading up to the Longchamp showdown.