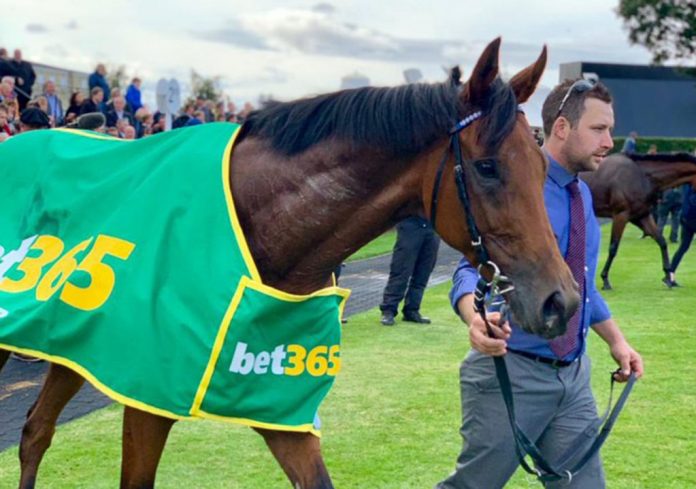 Trained by John Gosden and ridden by Frankie Dettori the fromthehorsesmouth.tips selection Lord  North gained a cool victory in the 30 runners field ahead of Beringer.

Dettori had Lord North towards the rear in the early stages of the 1 mile 1 furlongs race, with the Italian superstar coolly coming through the field, winning by three-quarters of a length.

“Once I got daylight he came alive – and just took off. I was just laughing at the end, but at my age you have to enjoy yourself!,” quipped Dettori.

“I had to be patient and wait for my gaps – he had plenty left. He is learning and maturing into a proper racehorse. We will see if he can be a Group horse,” said Dettori.

“We might look towards the all-weather races. There are nice Listed races and then, of course, there is the Winter Derby route for him,” said Gosden.

“I thought this was a potential Group horse earlier in the year. He is a much happier horse now than he was.

“He won smoothly, but Beringer ran a great race in second,” said Gosden.

“Once I got serious with him, he went! Lord North has been gelded and now he’s going the right way. The signs are good,” said Dettori.

Winning tip Brian The Snail – anything but!

Ayr set to recommence racing in Scotland on June 22