Before the start of the game, Club President Alfredo Macio presented team stalwart Maccan, with a shirt bearing the name of Maccan’s late father Jaime, who had been a well known supporter of CD Montesinos. There was then a minute’s silence for Jaime, and for the victims of the recent distastrous floods.

It seems that Monte have learnt a few lessons from their friendly games against higher placed opposition. They are now able to string passes together, midfield and across the field. This caused Daya Nueva to crowd the ball, leaving Monte to take control. 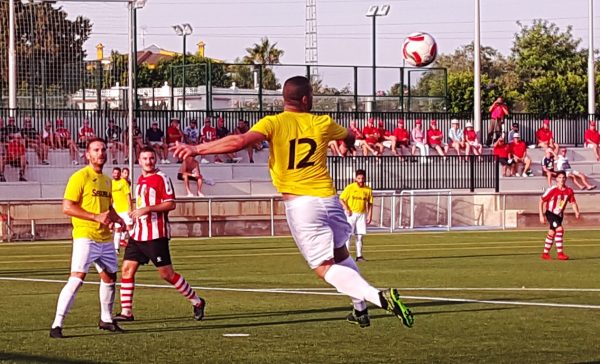 Most of the action was in the Daya Nueva’s half of the field, although this left Monte prone to the counter-attack. But with a strong defence and an efficient goalie in Carlos, Monte were not really troubled, and remained calm.

Not only were Monte passing accurately, but were going in strong but fair with their tackles to retrieve the ball.

After the break Monte were again on attack and from a Fernando pass we saw Josema put the ball over the bar. We were still attacking and following a great pass to Maccan on the left hand side we saw him going past defender and GOAL!!!!!!!

19 minutes into the 2nd half and GOAL number 2 from a great lead up, Gonzalo slips the ball to the left of their goalkeeper who just stood there and watched it go into an empty net.

Substitute German then went down the left and scored, but ruled offside! 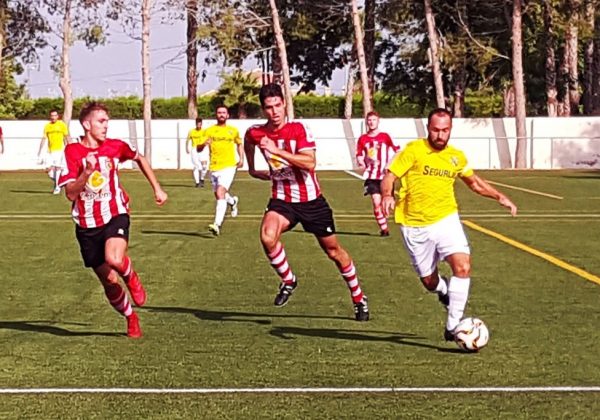 90 minutes it’s not quite the end of the game, but from a Maccan pass (and the nominated man of the match by Sponsor Blue Moon) he passed the ball to Gonzalo who promptly put the ball into the net, goal number 3 and it’s all over!!!!!