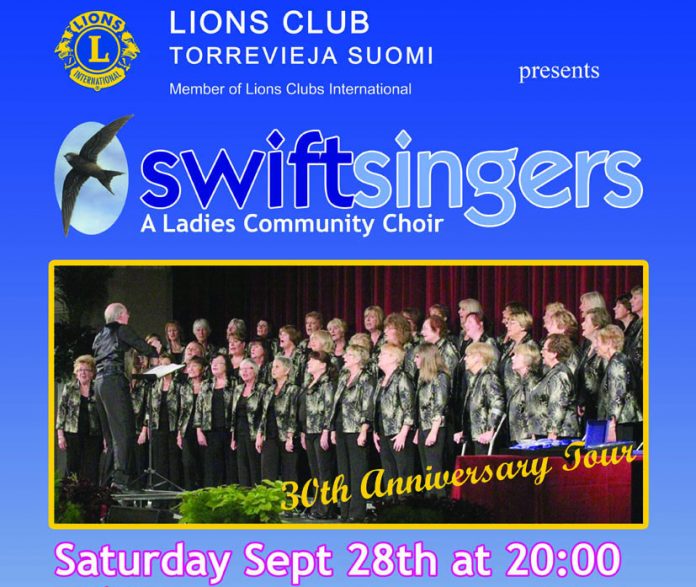 The Swift Singers are a fun loving four-part ladies choir based in South Woodham Ferrers, Essex. The choir was formed in 1989 and continues to grow every year having over 70 members. They have entertained audiences at home and abroad, raising thousands of pounds for charity and appearing on BBC television. Competition successes have included winning the prestigious Isle of Man Choral Festival Class for female choirs in 2010.

They will arrive in Torrevieja on their 30th Anniversary Tour on Friday 27 September and give two concerts, the first one in the Music Palace on Saturday 28 at 8pm, and the second one at the Casino on Sunday 29 at 7pm.

The director of the choir is Clive Smith and they are accompanied at the piano by Derrick Thompson.

Hosted by the local Lions Club Torrevieja Suomi, the concerts are free-entry, but a small donation to the local food-aid charity Alimentos Solidarios Torrevieja will be appreciated. 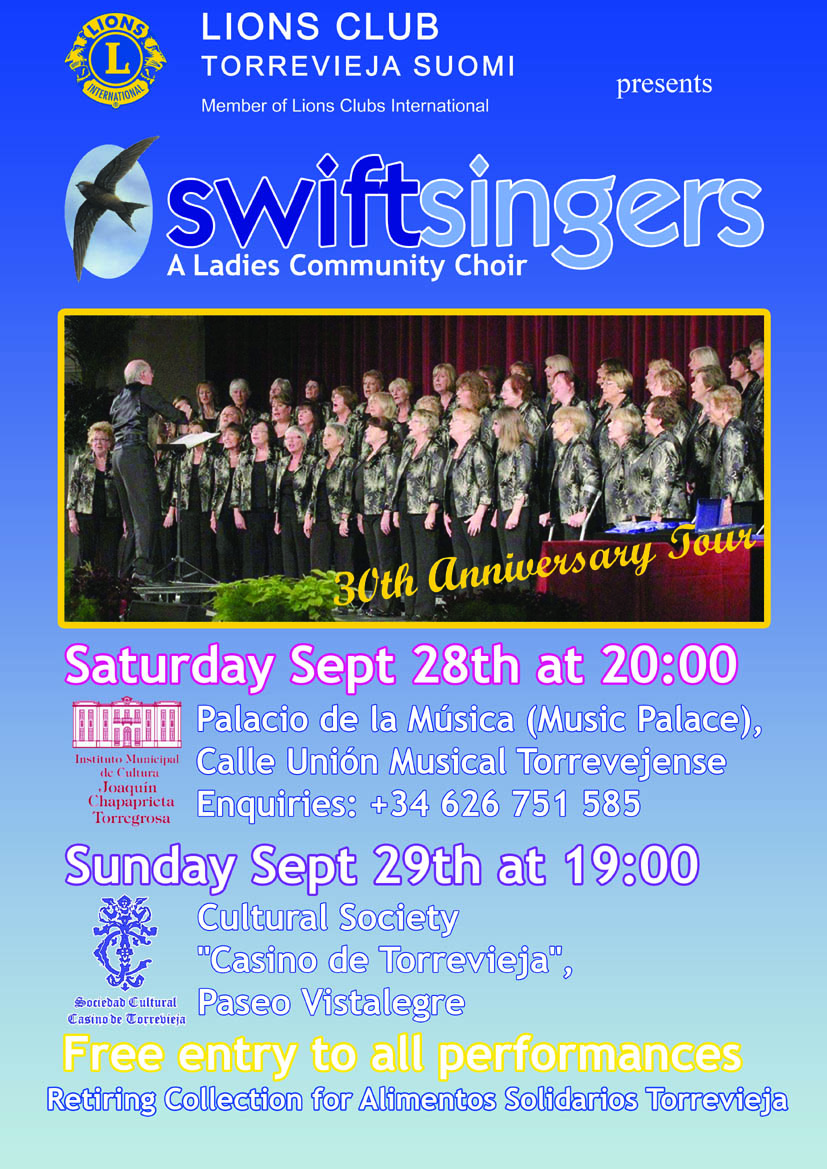 WE STILL LOVED EACH OTHER – WILLIE THORNE’S WIFE JILL

Barceló confirms that Torrevieja Hospital will revert to public management