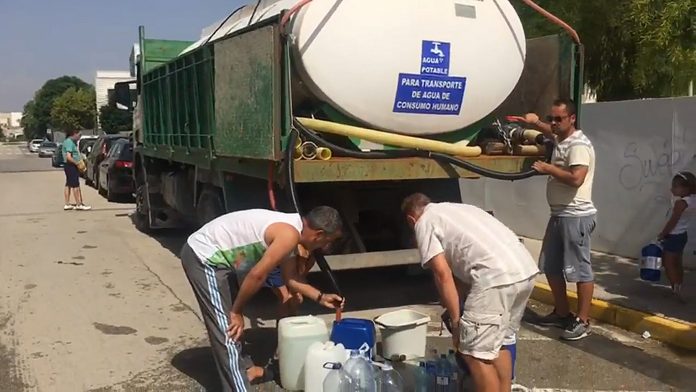 The mayors of La Vega are blaming the CHS, the Confederación Hidrográfica del Segura, a Government body that manages the flow of the Segura River, for the millions of euros worth of damage that has been caused to the agricultural sector following the Gota Fria.

Six says after the first torrential rains, and despite the significant decrease in flow, water is still extending through the farms and smallholdings – causing at least 200 million in losses to agriculture, facilities and infrastructure, between San Fulgencio and Guardamar where there are still 4 breaks that will take another 48 hours to repair.

Even the stretch of the National 332 road between the two municipalities continues to be affected by the overflow of the irrigation network, although the Civil Guard decided not to close the road to traffic, which travelled at an extremely slow pace while the water continued to cover the road. The alternative option would have been to leave half of the region incommunicado. Currently, 20 roads in the region are still closed to traffic.

On Monday the Military Emergency Unit (EMU) and the Hydrographic Confederation finally managed to contain and plug the two broken sections of the river that caused flooding to devastating effect between Algorfa and Almoradí.

In the afternoon, during a tense meeting of officials, from the Generalitat and the Consell, with local mayors, it was learned that there are still four breaks in the river that will take a further two days to plug. 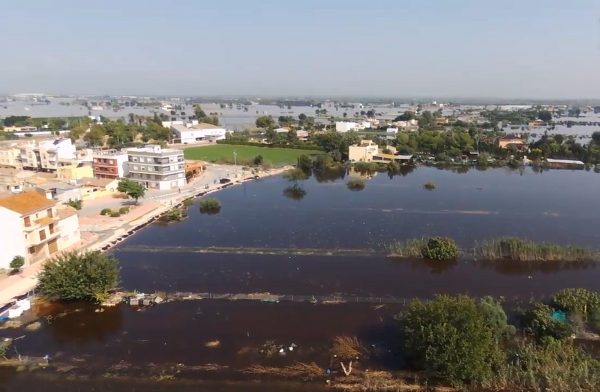 At the meeting the commissioner of Waters of the CHS, who according to councillors arrived an hour late, for which he was rebuked by the Conselleras Gabriela Bravo and Mireia Mollà, said that the danger is not over.

One of the most vocal officials at the meeting was the mayor of Guardamar, José Luis Sáez, who said that since Sunday the water level continues to rise in agricultural areas without draining to the sea. Apparently, the problem lies in the blockages that it encounters, something that, before all those present, he quite vociferously blamed on the CHS.

Sáez, accused the CHS and the basin agency for neglect, as did many other mayors and councillors, for much of what is happening.

But whilst the mayors hold the CHS responsible for the current situation they too must share a large part of the blame for, in many cases, their total lack of any environmental considerations in council planning matters, with regard to building and new property developments. 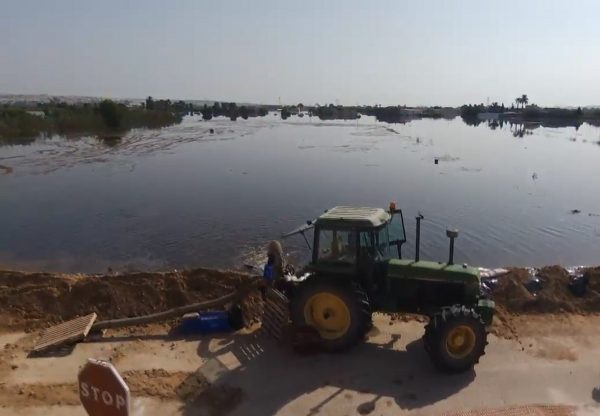 Many areas have become concrete jungles with constantly increasing populations but deficient services and infrastructure, the construction of which has been led by pure greed, and where the management has been appalling, and no more so than on the coast, where the last green emblematic area of the Orihuela Costa at Cala Mosca is also about to be covered in concrete.

The new urbanisations of Almoradí, which has expanded its urban centre at the expense of many green areas, or Montepinar on the northern slopes of the Orihuela mountain range, where the millions invested to redevelop and legalise homes have now also been dragged under and buried in mud.

The same situation is repeated with hundreds of other properties where security forces had to rescue or evacuate thousands of people. Around 300 families are still relocated in makeshift shelters.

It is now proposed to create a third water channel, between the two current ones, to try to relieve the flow of water although some say that there is a fear of a rebound effect; and that it will leave behind large quantities of water and mud that will continue to contaminate the entire area.

The anxiety among the mayors was obvious because they too are being criticised by residents for not finding solutions, as many thousands continue to live with water swilling around their ankles, four days after the rains.

Normality will take weeks to restore. The damage to the Infrastructure will cost billions and one person is still missing, but the infrastructure must be strengthened as we simply can’t accept the rupture of canals or dikes every time we see a little more water than is normal.

But man’s resolve being what it is, we will see normality once again, that is until, of course, the mighty Segura River decides to remind us all of its power, once again.