The opening ceremony of the Valencian Lawn Bowls Championship 2019 took place at Vistabella Bowls Club on Wednesday morning with over a hundred bowlers taking part dressed in their club colours.

The tournament was officially opened by the President of Vistabella Bowls, Joaquín Rocamora who welcomed competitors to the club, wishing them every success in the tournament ahead.

Having handed the club over to Bob Donnelly, the Valencian delegate thanked members of both Vistabella and the second tournament venue, Quesada Bowls Club, for allowing the competition to be played at their two venues over the next two weeks.

Joaquin was then joined by the Golf Club Caddy Master, Viviana Giraldo, as the pair played the traditional opening bowls of the 2019 tournament.

The competition itself got underway at 2pm on Wednesday afternoon with the preliminary round of the Mixed Rinks played at both Vistabella and Quesada.

The competition continues at both venues until Friday 27 September after which the semi final and final stages will be played, from 28 September to 1 October, at Quesada only.

Entry at both venues is absolutely free. 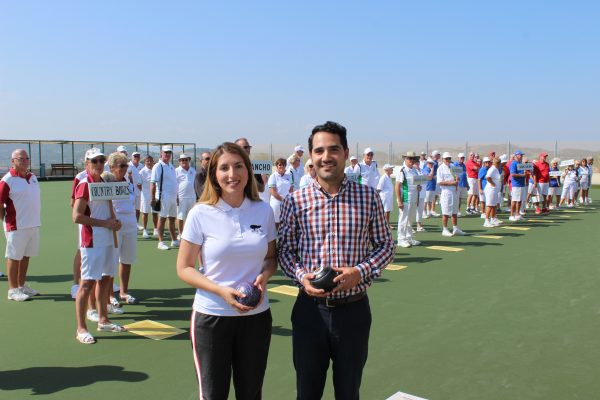