GUSTAVO Giodarni has left newly promoted Valenicia 2a Jordana Preferente Group IV club CD Murada – without kicking a ball – after a fall out.

“I had some troubles with the coach and directors at CD Murada – and left,” midfielder Gustavo exclusively told me, speaking from Italy.

Gustavo has a wealth of experience in his career, that includes Guarany de Garibaldi, during 2000-2012, former club of Brazil national squad coach Tite and Luiz Felipe Scolari.

“I will be playing for a club in Italy during the 2019-20 season, at the same level as I was hoping to play at CD Murada,” said Gustavo, whose family live in Brazil.

CD Murada made history in gaining promotion to the Preferente in the 2018-19 season, from the Valencia 1st Regional in May.

CD Murada’s opening two fixtures of the 2019-20 campaign were against CD Benidorm and Callosa Deportivo CF.

Among new signings are Álex Belén, formerly at CD Almoradí, who has experience in the Preferente, having been at Benferri CF, Callosa Deportiva and FB Redován. 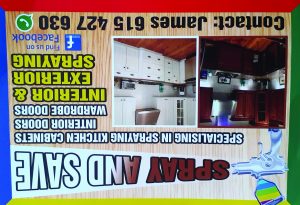