LOS Montesinos Mayor Jose Manuel Butron has spoken about the situation in the town – including the urbanisation of La Herrada – regarding discharge of material by companies (fly tipping).

“The non compliance is subject to sanctions of between 200-1,000 euros,” said a spokesperson from the Ayunmiento de Los Montesinos.

The Vega Baja town Mayor Butron met Ditte Kasmi-Kramers from La Herrada, who said she had an ‘extensive’ conversation about concerns in La Herrada.

“The containers, waste bags, cardboard and the discharge of material by companies, was spoken about,” Ditte told me.

“Regarding the cardboard, you often see whole boxes in a container (rubbish bin).

“The Mayor would greatly appreciate it, if someone saw a company unloading in a container to take a photo.

“Or write down the license plate. Then pass this on to the police. There are high fines for this offence,” said Ditte.

“The Mayor, this year alone, has employed twice the number of people to clean up all the junk. “So, let’s all make sure that La Herrada stays clean and tidy – the police and the municipality will do the rest,” said Ditte.

The Ayunmiento de Los Montesinos spokesperson said: “Remember the goods must be taken to the containers ONLY on Monday nights, for removal on Tuesday morning.

“If you see someone deposit goods on the public road – outside the schedule – collaborate, by contacting the police.” 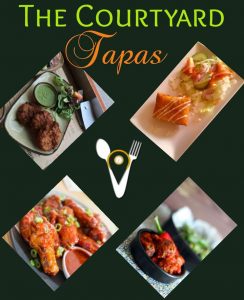 In addition to the waste disposal problems, despite dogs signs in situ, some owners allow dogs to do their business, then not clean up.

“I spoke to the Mayor about the contamination from dogs on the sidewalks. A matter that applies to the person who does not remove it.

“The message is to take a photo – and pass this on to the police. The municipality needs help from the inhabitants of La Herrada – without this they cannot do anything,” said Ditte.

Garden cuttings, including palm trees and conifers, are also often placed into rubbish bins, despite notices prohibiting it, leaving no room for household waste.