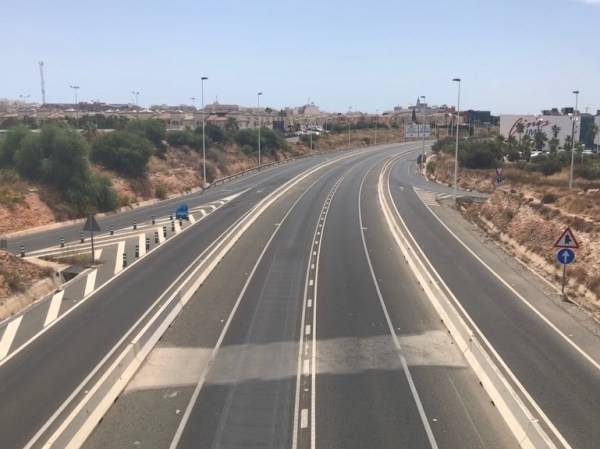 Although many drivers do pay the fee for travelling on the toll road network in Spain, there are many, many more that choose not to. Some areas have already seen the liberation of these roads, with other promised in the near future, but what is the real impact of allowing us all to save a few euro?

As the summer is coming to a close, areas such as the long-suffering N-332 as it passes through Torrevieja will be able to breathe a little once again, as the seasonal influx dies down. As an added bonus, the toll road which circles the town will also be reduced soon, as it is every year, to the discounted winter price. At the moment, there is no sign of the toll road which serves the Zenia Boulevard becoming free, a contentious topic which many believe would solve all of the problems of congestion in one go, but at a cost we may not realise.

Parts of the AP-7 to the north of Alicante will become free from 1 January, 2020, or at least free for the drivers who choose to use it. The outcome however will be far deeper that the few euro saved on each trip, according to analysis of the economic impact.

We must remember that the toll roads are operated by private companies. These companies were involved in the initial investment and construction, and pay for the upkeep. They also pay their dues just like any other business, and ask any business owner of the cost of running their operation, however large or small it may be, and they will tell you in great detail how much they hand over in tax, insurance, running costs, wages, etc. Although a lot of the money they hand over may seem like a burden to a business, a lot of it comes back to us.

As we look at the AP-7 section near Alicante, the overall loss to the state, which ultimately funds us all, will be an annual loss of 150 million euro, according to the Valencia Chamber of Commerce. That loss includes social security income, IVA, and even the local taxes we all pay which go direct to the municipalities which the road runs through.

According to the accounts presented by the company which runs the section, Aumar (a subsidiary of Abertis), their turnover stands at around 356 million euro annually. Yes, that does mean that drivers are paying a lot of money to use the road, sometimes as  much as 37.35 euro per trip in fact, but 43% of their income goes straight out to the state and local administrations.

Of the 150 million they hand over, 30 million goes to the municipalities where the road operates through the IBI tax system (colloquially known as Suma in many places, after the name of the agency employed to collect the fees). Villa-real for example receives 180,000 euro for their part, which the town hall can then invest in the municipality as it sees fit (within reason).

It is perhaps no surprise that the town hall at Villa-real is not happy. To lose 180,000 euro revenue, on top of what they have already lost through the austere times, will have an impact on the local services they can provide.

If the AP-7 around La Zenia were to become free, Orihuela is one of the areas who would lose the revenue that IBI brings in, a small portion maybe, but a contribution from every single driver who passes through the area.

It is not only the Chamber of Commerce who are pointing out the “bigger picture” of the financial impact. Seopan, a national association of construction companies and concessionaires, did their own report. They say that the elimination of the tolls where the contracts end this year will result in an annual reduction of 450 million to the public coffers. Their figures combine the area north of Alicante, and the Barcelona-Tarragona section, which expires in 2021, the AP-1 Burgos-Armiñón (free since the end of November 2018), the AP-4 Sevilla-Cádiz, and the AP-2 Zaragoza-Mediterranean.

Furthermore, Ineca, the Institute of Economic Studies of Alicante, estimated that the end of the toll would generate an initial social acceptance but medium and long-term budgetary complications, translated into 326 million when the administration assumes all costs.

Of course there is a plus side to the individual. When the areas become free of tolls we can drive without paying directly, like drivers looking for a trip to the beach at Dénia saving around 18 euro , for example, or motorists covering the entire region who will see a direct saving of about 37 euro per trip.

Then there are the heavy good vehicles, transporting everything from our online purchases to our food and drink. HGV operators are set to save around 1,900 euro per vehicle per year, although quite whether those saving will be handed down to the consumer remains to be seen (yes, we know it´s doubtful).

Either way, the liberation of the toll road network is something which has been demanded for many years, with a apparent reluctance from some town halls to get behind the calls, but now we can perhaps see some of the reasons why. What might seem like a saving in the short term may only be a sticking plaster for the future, as the local authorities would take a hit on income, some of which may well be used to service local roads, and so although the traffic in some areas might decrease, it doesn´t necessarily translate to a brighter future.