The Minister for the Environment, Teresa Ribera, has held a meeting with the Minister of Agriculture, Livestock, Fisheries and Environment of the Region of Murcia, Antonio Luengo, to discuss the problem of the Mar Menor and its situation of environmental deterioration.

She said that the Government’s plan to achieve ‘zero discharge’ in the Mar Menor has been given the green light so that administrations can now begin to act in the recovery of the coastal lagoon through 21 different measures which will cost between 430 and 615 million euros.

According to the draft presented last year, Ribera said that the goal of ‘zero discharge’ has an initial cost of 615 million and an execution period of ten years. She said that the plan will now strengthen the joint action of the administrations to reverse the environmental deterioration of the Mar Menor.

At a meeting in Madrid Luengo said that he considered it “intolerable that we have been waiting for more than a year to start the most ambitious and necessary package of actions for its definitive recovery,” adding that “one of the first projects to be carried out will be to look at the serious deterioration suffered by the lagoon in the area of ​​Los Urrutias, which has raised the protests of many local residents.” 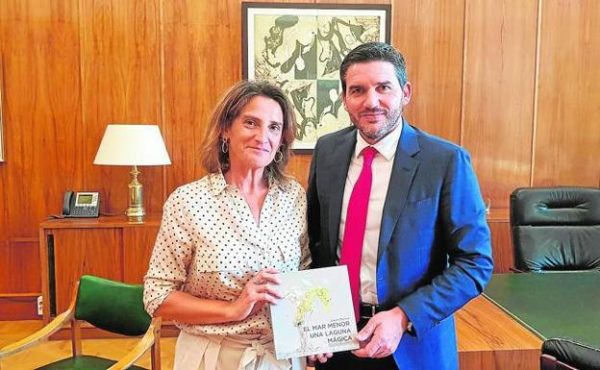