Campoverde Theatre Group are excited about their next production West End Musicals, a supper show that will feature well loved shows from the West End. Shows like 42 Street, Fiddler on the Roof are once again delighting audiences on the West End as they undergo yet another revival to charm this generation of theatre goers, these show along with The Wizard of Oz, Cabaret, Oliver, West Side Story, Singing in the Rain amongst others will be featured in our next Supper Show at the Olympia Restaurant at Mil Palmeras. 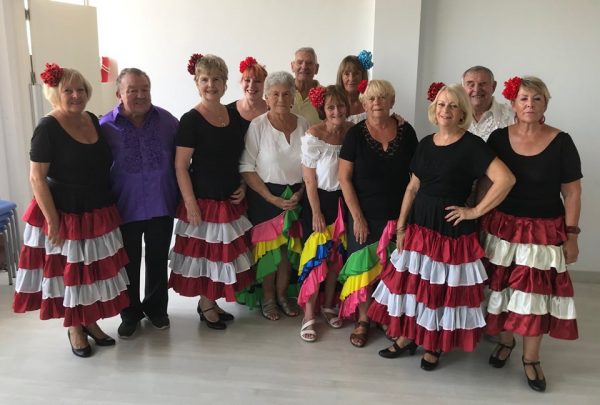 This show will follow a similar formula to the very successful Supper on Broadway show that we staged last September and was widely praised and enjoyed. Well loved songs and scenes from famous West End shows will be sung, danced or presented in short sketches.

Campoverde Theatre Group will be donating proceeds from this show to the Alzheimer’s Society, a local charity that supports venerable older people and that has suffered drastic cuts in its funding budget. Recently we donated to Help Vega Baja and Para Ti Mujer, two local charities who help and support needy people living in the area.

Dates for the show are Thursday 19th, Friday 20th and Saturday 21st September.  Campoverde Theatre Group will again be returning to the Olympia Restaurant, Mil Palmeras which has proved such an excellent venue for our last two shows.

Enjoy a meal and an evening of fun entertainment, and help us raise funds for The Alzheimer’s Society. Tickets can be obtained from the Olympia or contact Maureen 603 273 364 or Pat on 626 772 256. The price for the show and a one course meal is 10€