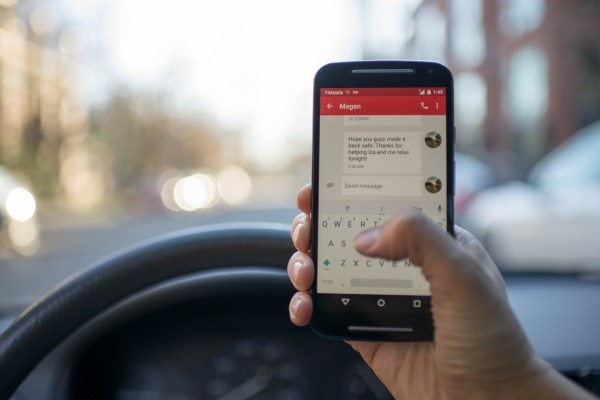 Most people know that using a mobile phone when driving is wrong, even though we will all witness it on a regular basis. It is illegal, because it is potentially deadly. However, the days of using a mobile just to make a call are long gone, as the development of the smart phone has led to an increase in the potentially lethal use.

According to figures from the DGT, 12% of drivers and 31% of pedestrians make regular and dangerous use of social networks, a percentage which has increased in the last five years.

The most recent report of distractions prepared through collaboration with BP, Castrol and the RACE highlights how there is “an exponential increase in dangerous attitudes in traffic related to the use of the mobile phone”.

The report is based on a survey of 2,132 people aged between 18 and 65 years of age in 17 Autonomous Communities. According to this survey, 96% confessed to seeing someone talking on the mobile while driving (80% on a regular basis), and 76% using the mobile phone without speaking (manipulating or looking at it).

According to the report, “those who a few years ago were children and teenagers are now drivers between 18 and 24 years old and, with their arrival at the wheel, have increased exponentially new dangerous uses of the smartphone, without implying a decrease in the usual dangers” -like talking hands-free or using the mobile to chat or look at the email. In addition, “people belonging to other age ranges are also much more familiar with new technologies, and have integrated them into their day-to-day life.”

The biggest gap between the smallest age group and the total number of drivers occurs in the use of social networks: 12% of the total respondents confess to using them regularly while driving, raising the percentage to 17% among young people 18 to 24 years. The use of social networks behind the wheel on a regular basis is in fifth place, behind the manipulation of the mobile such as GPS (25%), instant messaging (19%), hands-free calls (14%) or email reading (13%). Derived from these uses of the mobile behind the wheel, approximately 530,000 drivers acknowledge having suffered a mishap or incident because of a distraction.

Among the ‘traditional’ uses we also find an increase, although more restrained, when using the phone to send or receive hands-free calls (12% then and 14% in 2019) or instant messaging (14.4% versus at 19% current).

The misuse of the mobile phone is a danger behind the wheel, but it is also dangerous for pedestrians in traffic situations, being used by 8 out of 10 of them.

What is perhaps also of concern is that drivers using their mobile phone admit to being aware that their actions are dangerous. The figures show that 61% of people make calls whilst driving and 66% send messages through platforms such as WhatsApp, Telegram, SMS, although 90% of people thought that these actions can cause an accident, and practically everyone, 99% of those surveyed, understand that using the mobile phone at the wheel It can be a clear accident risk.