THE controversial reported 1million euros demolition project of one of Benidorm’s most famous landmarks – the Mirador del Castillo walk – has unearthed coins from the fifties, broken plates and an Alijbe, with initials and a date on a wall:  DBGJ, 1816. *An Alijbe is a well.

“The 16th Century plates are from Manises, in Valencia,” said Lourdes López Martínez, Director of Projects at Lure Arqueología. 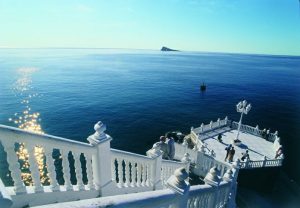 The Mirador del Castillo walk overlooks the Mediterranean sea. The project began in June, to see if century old ruins were hidden below.

The City Charter gave permission to build the fortification on the present day Punta Canfali, in a quest to defend the region from Barbary Pirates.

Foundations of a castle were dug and laid in 1325, undertaken by Nobleman, Admiral and Valencian Kingdom’s spokesman, Bernat de Sarrià.

Historical records state that a castle withstood pillaging in Benidorm, in centuries passed, Guarded by the Noble Houses of Mendoza and Fajardo. 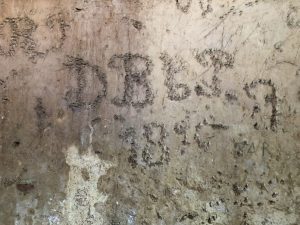 The British destroyed it in 1817, during an era when Britain was aiding Spain, against Napoleon’s Imperial Army.

Access to the area has been prohibited to the public during the summer. The area was a walkway, used by thousands of tourists in recent times, to look at the magnificent wide ranging views across the Mediterranean sea.

The current work follows on from the Town Hall digging up the Tossal de la Cala – in search of Roman ruins from the 1st Century BC – upon receiving €200,000, from the EU programme for Cultural Heritage.

The the Mirador del Castillo will be rebuilt in November 2019.