Almost 1,000 people attended the service, with hundreds standing outside, bidding their final farewell. 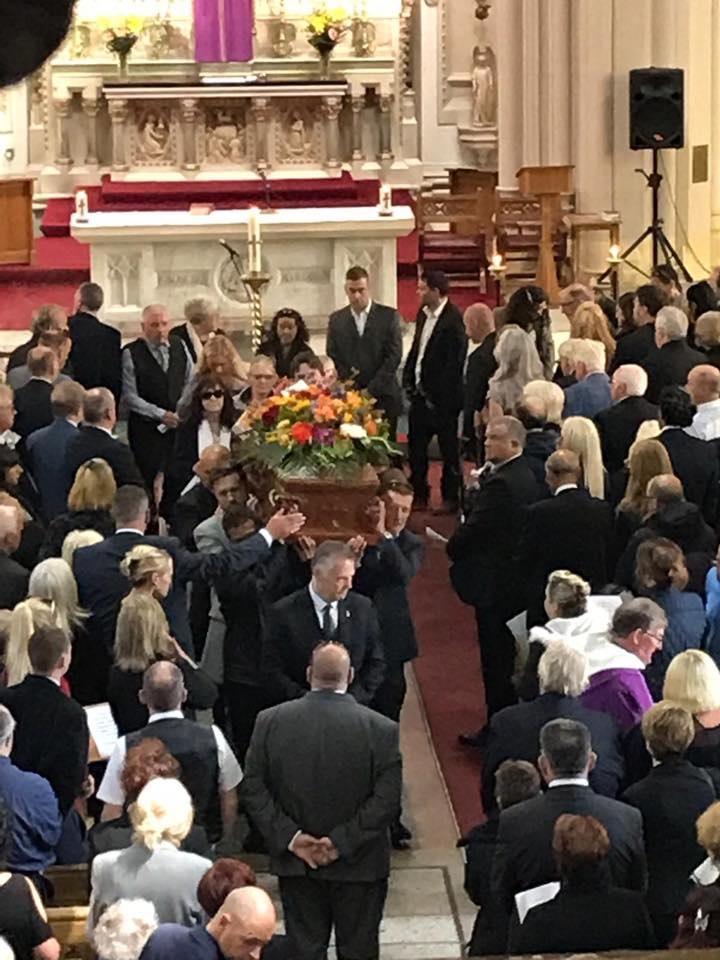 Prayers were said for singer-entertainer Joe, who passed away of cancer, aged 64, and for his husband Jamie and the family.

The Hymn played on the organ, as Joe Longthorne departed the Church for the last time was: “Receive his Soul, present him to God the most High, may the Angels lead him to Paradise.”

Joe Longthorne was laid to Rest at Marton, Blackpool Cemetery.