“It is something that I have inside me – it’s not a choice,” Carlos told me, at Rodearte, that celebrated 25 years on August 4.

Hundreds of people swarmed to the historic workshop cave houses, overlooking Rojales village, Alicante, listening to the swing sound of music, staged in the Theatre and Rock & Reggae Replaceta, in the Teteria Replaceta, that filled the summer afternoon air.

“As an artist you just get the feeling like ‘it’s something you have to do’,” said Carlos, who staged a month long exhibition in Torrevieja in 2018.

Alejandro, who lived in London for nine months and also resided in Leeds, staging classes at Rojales during August and September, said: “I feel that a superior force is behind me.

“Art is inside me – I have this force inside me.”

Almoradi, Alicante born Sculptor Alberto Meseguer, who has a workshop in his home town, said: “I attended the School of Art in Murcia and received one of the National Education Awards for student Academic achievement.

“This was granted by the Ministry of Education, Culture and Sports, in the form of professional artistic teaching, field of plastic arts and design.”

Alberto, who sculptured ‘Women Women’, a three dimensional image of a female nude, said: “It is composed of fragments of different bodies, that overlap each other.

“I generated this combination in unique ways.” 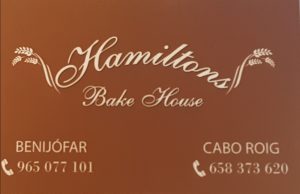 5 Extreme Places to Visit for Students

TOO LITTLE TOO LATE AS THADER LACK FIRE POWER

CBD-Infused Fashion: What The Future Holds