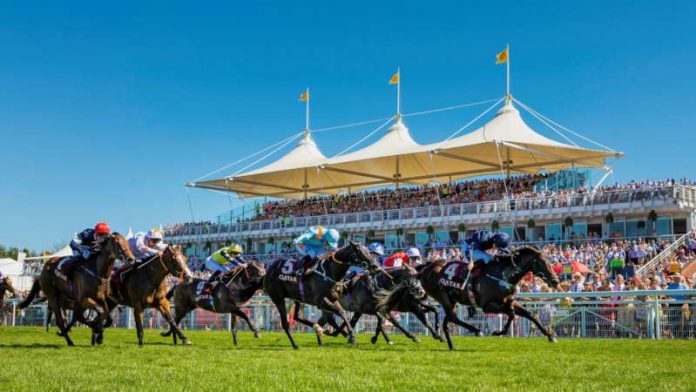 CAN Phoenix Of Spain rise to the occasion against 7-4 favourite Too Darn Hot in the Group 1 Qatar Sussex Stakes over a mile on day two of Glorious Goodwood on July 31.

Ridden by Jamie Spencer (flagged up by fromthehorsesmouth.tips) Phoenix Of Spain got the better of Too Darn Hot when winning the Irish 2,000 Guineas at 16-1.

But Phoenix Of Spain, trained  by Charlie Hills, finished behind Group 1 winner Too Darn Hot, trained  by John Gosden, in the St James’s Palace Stakes.

“We’ve had a good chance to freshen up Phoenix Of Spain – and I think Goodwood could be a good place for him,” said Hills, who added that Phoenix Of Spain’s defeat at Royal Ascot came on soft ground.

The going at Glorious Goodwood on Tuesday was good, following blustery rain conditions, that could prove costly to Phoenix of Spain’s hopes.

“Conditions (at Ascot) were horrible, loose on top, he didn’t handle the surface. His best performances have been on fast ground – that is what he needs,” said Hills.

The post Phoenix Of Spain to rise against Too Darn Hot? appeared first on Horse Racing News and Tips.