The streets of Orihuela Costa have been branded as “disgusting”, after household rubbish and garden waste was strewn across Calle Talco, just one of many such roads where bins are overflowing and where the refuse continues to pile up alongside bins and on pavements.

In many places it is now impossible to walk along the pavement with weeds growing all over it, a situation that creates dangers, especially for people with small children.  Furious resident Mary told The Leader “You have to pick your way through the pavements. It is disgusting for everybody, but especially for visitors. What must they think of the Orihuela Costa.”? 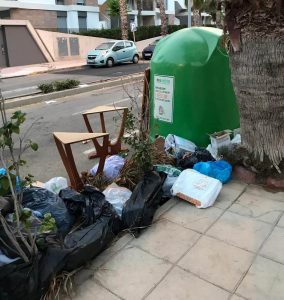 Despite the matter being reported to the local town hall on a number of occasions the rubbish continues to accumulate on the street and to make matters worse the household rubbish bins have not been emptied on the last two Saturday’s. The result of this is the bins are completely full by Sunday morning and people have no alternative but to drop their rubbish on the street.

Fortunately local people are on hand to clean up the rubbish so that the area can be kept reasonably hygienic. However, following the news that Orihuela Council has recruited 121 people to help clean up the streets people are now asking where they are? They are certainly not cleaning the streets of the Orihuela Costa, as the situation is simply getting worse. 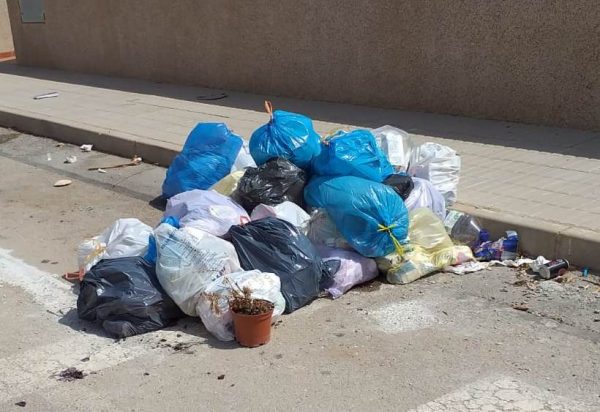 All Ship Shape at El Capitan