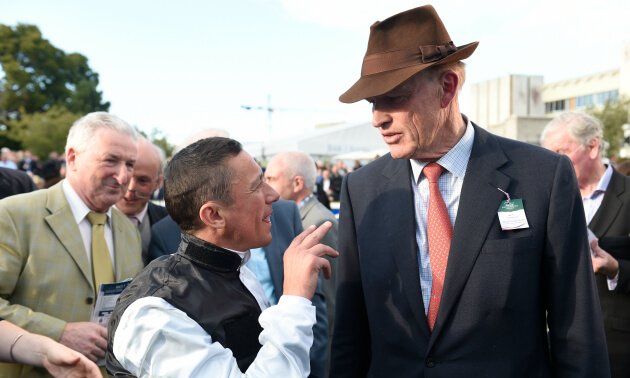 “The betting industry has put Enable at a price that they don’t want anyone to be backing her,” rapped Gosden.

“I see Enable as an even money chance, in the field that she is running against,” said Gosden.

Enable, five years old, is unbeaten since April 2017, and Gosden said: “I’m sure that pricing her where she is, is not realistic to her chances. But it is realistic for them (bookies).”

Enable was successful in winning the King George in 2017, and Gosden said: “She won it as a three year old filly – getting weight from the others.”

“It’s a little different when you’re older – and you’ve got a Derby winner, getting weight,” said Gosden, of this weekend’s Classic.

On King George VI & Queen Elizabeth Qipco Stakes opposition, Gosden also points to Crystal Ocean, saying: “Crystal Ocean ran a blinder in the race in 2018, and won the Prince of Wales well. So this is no penalty- kick – absolutely not.”

On Italian talisman jockey Dettori, who he threw a lifeline after a ban and snub within racing – after being banned for allegedly taking cocaine – Gosden knows only too well about the pitfalls, within the Sport of Kings.

“Frankie Dettori is riding well – at the moment – focused in the zone and full of confidence.

“But it doesn’t mean that there’s not a banana skin, round every corner,” said cautious Gosden.