Spanish World Superbike star Alvaro Bautista’s crash – his fourth in eight races – in the first World Superbike Championship race at Laguna Seca this month, bring back memories of crashing in Valencia in 2002.

“The crash at Laguna happened with no reason – I’m putting it down to bad luck,” rued ex-MotoGP ace Bautista.

“I suddenly lost the front at turn 5 – and crashed out,” said Bautista, ebbing towards the WorldSBK title, after chalking up 13 victories in 15 races.

Bautista’s whirlwind in WorldSBK began to falter after a crash at Jerez – followed by crashes at Misano and Donington Park, the latter costing Bautista the series lead.

Bautista, who had  a 61 point lead prior to race two in Jerez in June, has dived 49 points behind.

Bautista, 34, winner  of the Madrid Minimoto Championship three times, competed in the 50cc Aprilia Cup in 1997, getting his first podium.

In 1999 Bautista competed in the Movistar Activa Joven Cup, finishing in fifh place, earning him a second year in the Cup, as a back-up rider in the 125cc Spanish Championship.

In the season’s last race at Valencia, Bautista set pole-position, going on to finish a disappointing fifth – after a crash – taking the runner-up spot, overall. 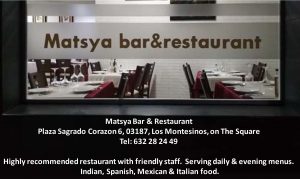 Bautista made his international debut in the 2002 Grand Prix motorcycle racing season – a wildcard entry at Jerez, Catalunya and Valencia.

Bautista competed in the 2002, 125cc European Championship, scoring a podium in Assen and a fourth place in Hungary.

Bautista signed for the newly found Seedorf Racing Team in 2003, competing in his first full season in the 125cc World Championship, his best finishes being a fourth place at Phillip Island – and a sixth place at Valencia.

Bautista’s Laguna Seca mishap has left the Talavera de la Reina, Toledo born Spaniard undeterred: “That’s racing – I will look ahead – and not give in,” he said.

*In Part 2 of Alvaro Bautista’s career reporter Andrew Atkinson races through 2004 to 2019, taking in his fastest lap at Donington; crashes, Grand Prix victories in Jerez and Japan, MotoGP 2010, and switching to World Superbike Championship racing in 2018.

All Chinese line-up for Absolute Racing at Suzuka