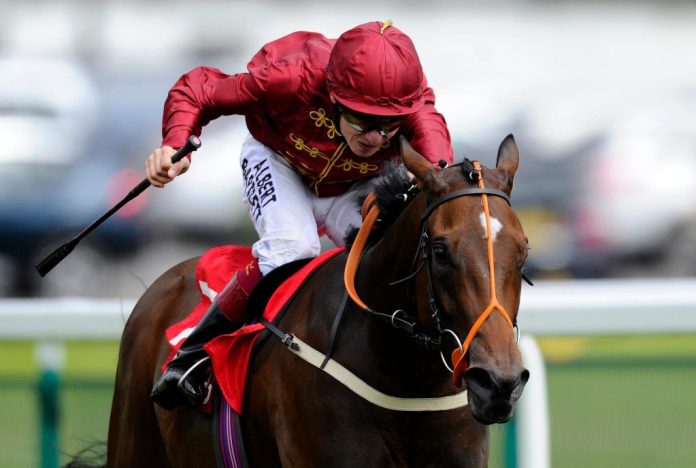 Jamie Spencer will be at the 2019 Glorious Goodwood Festival a little under the radar – with the focus on Frankie Dettori – the former flat racing champion jockey having won the Goodwood Cup twice!

Can Spencer, who shocked the racing World in 2014 – when surprisingly announcing his retirement, before making a dramatic u-turn – take the limelight off Italian wonder jockey Dettori, especially on Ladies Day at the Goodwood Festival on August 1.

“After reflection I decided not to retire and continue racing as a freelance, with a desire  to continue to be successful,” said Spencer, who won back to back Goodwood Cup wins on Big Orange.

Spencer, who has ridden throughout the world, including Britain, Ireland, USA, France, Canada, UAE, and Germany, moved to England and became British flat racing champion jockey in 2005 – booting home 180 winners.

Spencer has a CV that all jockeys would like in their saddle, having had major wins including the Irish 2,000 Guineas on Phoenix of Spain in 2019.

Spencer will be a jockey to watch at Glorious Goodwood 2019; with rides for trainers including David Simcock, whom he rode for last year.

Spencer has come a long way since winning the Irish 1,000 Guineas on Tarascon in 1998, aged 17, the youngest jockey to win a Classic.

Educated at Kilkenny College, Spencer was the champion apprentice in Ireland in 1999, notching up 46 winners.

Spencer, who rode Brian Boru to victory in the 2003 St Leger at Doncaster, was Irish flat racing champion jockey when riding for Aidan O’Brien in 2004, with 93 winners.

Spencer, who rode his 2,000 winner in British Flat racing in August 2017, heads for Glorious Goodwood under the radar.

fromthehorsesmouth.tips has marked your card for Glorious Goodwood 2019 – in Jamie Spencer. The post Jamie Spencer under the radar appeared first on Horse Racing News and Tips.