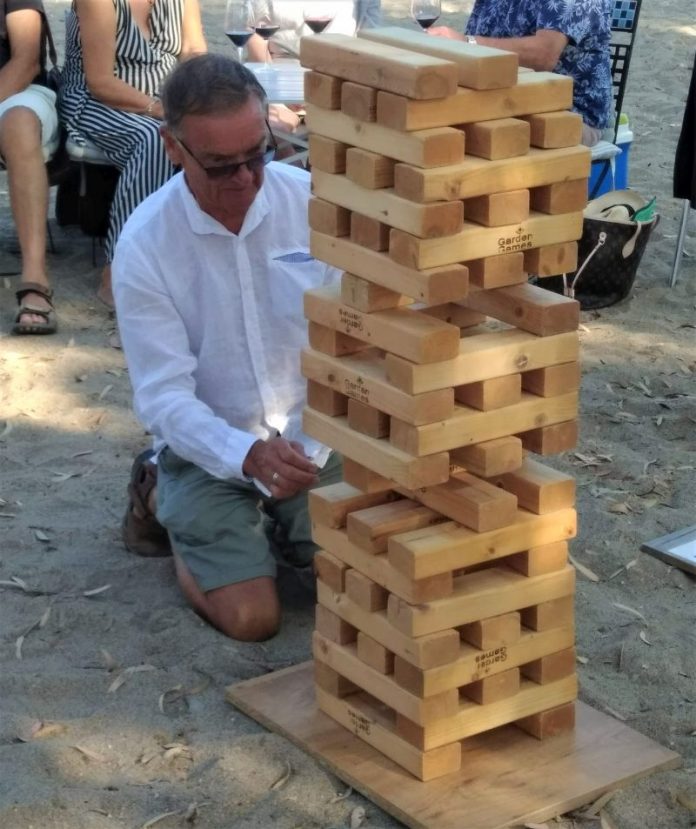 Over 30 members of the Humanists of Murcia and their friends enjoyed celebrating the Summer Solstice on the beach at Bolnuevo on Friday 21st June.

Food and drink was all provided by the Members, except for roast chicken which was paid for by the Club.

Beach games included Giant Jenga and Petanca both of which were organised as informal knock-out contests.

Our recent discussion meeting was held on 26th June at the Hotel Playa Grande, where we posed the question : « Do we as Humanists have a new enemy? »

We discussed the religions of old, that have essentially controlled humanity for thousands of years, but as,especially in the West, the religious grip on our lives is slowly diminishing, could there be something else that threatens our freedoms i.e Technology.

We looked at the social rating system that China has implemented, the surveillance state that is increasing each year and the roll out of 5G technology, the positives and the negatives.

I think the general consensus was that technology itself is positive for our human development, but for us to be ever cautious of it being used by the State or large powerful groups to manipulate and ultimately control our lives.

Join us for walks, discussion groups, gardening group, games evenings and lots of lunches, for information tel 669 338 885 or email humanistsofmurcia@gmail.com or website www.humanistsofmurcia.com