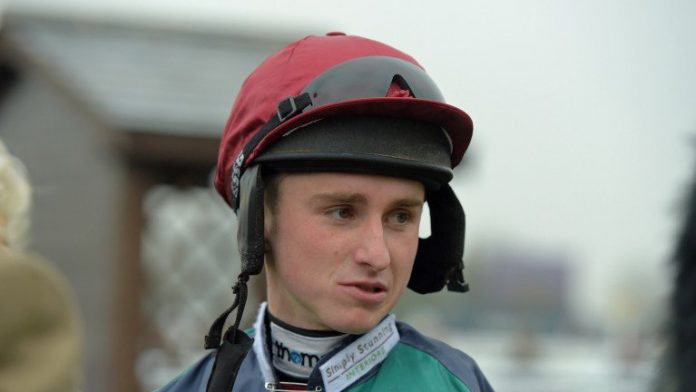 By Andrew Atkinson Jockey Jack Sherwood has quit racing after a woefully disappointing year- and having been left in the wilderness – by the lack of rides in the sport. Sherwood, 27, has hung up his saddle after a near decade in racing, having ridden 63 winners under rules. However leaving his options  open, Sherwood, who bagged a paltry two wins from 77 mounts, in the last year, said: “It’s hard to walk away from something you love. “I’ve reached a certain age – the riding is not going in the right direction.” Sherwood, who rode Paul Nicholls trained Ibis Du Rheu to victory in the Martin Pipe Conditional Jockeys’ Handicap Hurdle at the 2016 Cheltenham Festival, said: “Last season I became disillusioned. “You get to a point when you think there’s no logic in continuing down the ‘same old path’. “If you’re not 100 per cent driven there’s no point in keeping up the pretence.” Sherwood added: “I’ve had great times. I thank Paul Nicholls – for giving me so many chances – I was lucky enough to be based at his yard. “Without him the big race successes – aboard Ibis Du Rheu, Silsol and Present Man – wouldn’t have happened.” Sam Twiston-Davies, a jockey room colleague, said: “We will miss Jack in the weighing room. We grew up riding together, and I wish him all the best.” Fellow jockey Nick Schofield said: “Jack had great achievements along  the way and I wish him the very best of luck in the next chapter of life.” Sherwood is keeping his options open, as to whether he will remain in racing: “I’ve really enjoyed the majority of my time in racing and look forward to what comes next.” The post Sam Twiston-Davies and Nick Schofield bid farewell to Jack Sherwood – as he walks away from racing, age 27 appeared first on Horse Racing News and Tips.