Held for the second time in Orihuela city, over 400 servicemen and veterans attended the ceremony with many of them, led by the Torrevieja Pipes and Drums, marching the short distance from Plaza Teniente Linares, along Calle Mayor de Ramón de Cajal to the 13th Century Orihuela Cathedral.

Their number also included 4 Chelsea Pensioners who had travelled to Spain especially for the event, as well as local D Day veteran, Joe (the Cat Man) Billet. 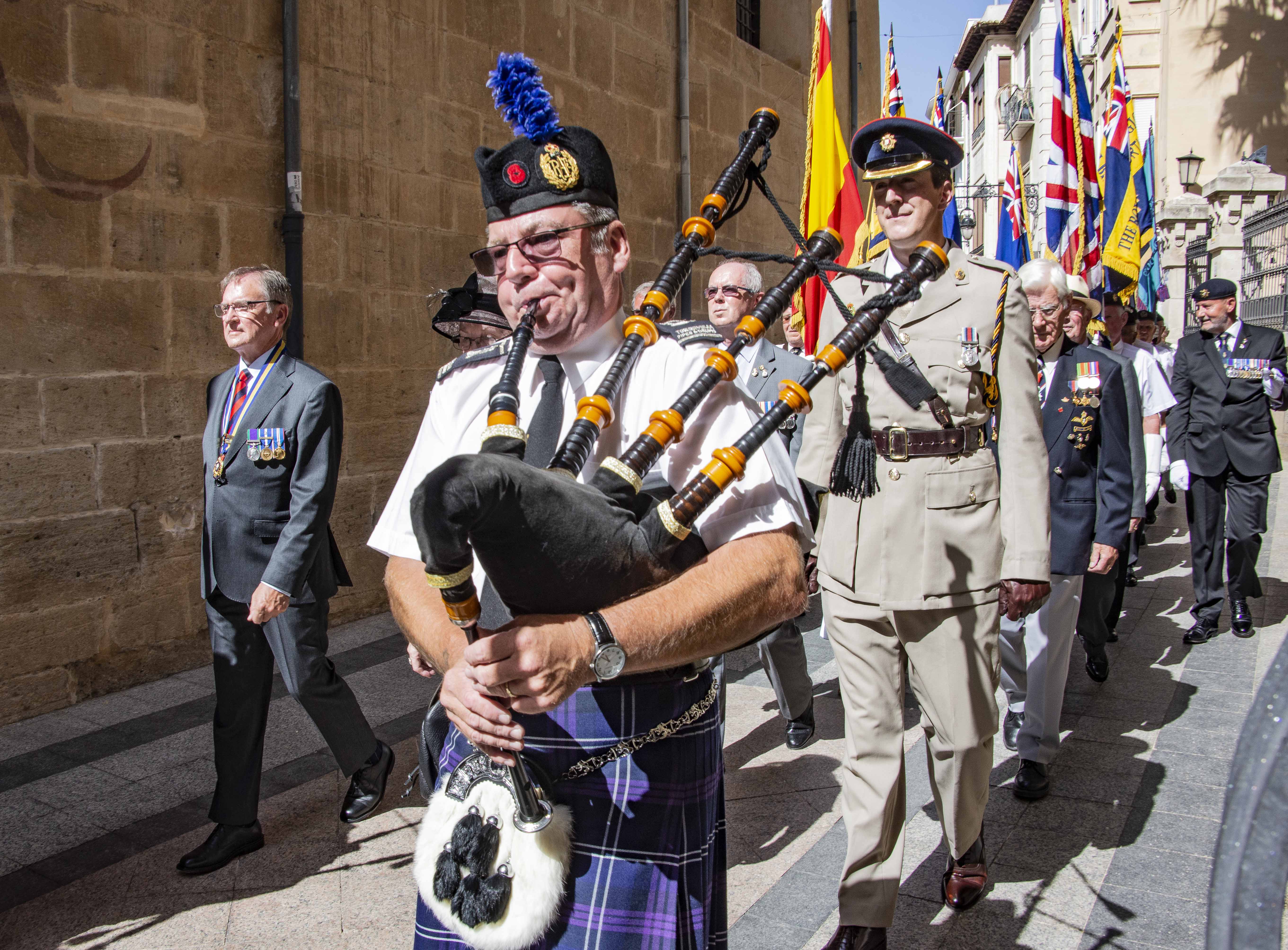 Also joining the parade for the very first time was the recently elected chairman of the Royal British Legion, Una Cleminson, who had travelled out from London for the event, along with her husband Peter, a former RBL Chairman, Cllr Dña. Mariola Rocamora Gisbert, the Assistant Vice Consul Sara Munsterhjelm, Major Andy Thompson RLC, representing the Military Attache and Don Cubbon, Chairman of District North Spain.

After they were greeted at the door of the Cathedral by the Chairman of the Orihuela Costa and District Branch of the RBL, a 45 minute service, held in English and Spanish, was conducted by the Chaplain of the Royal British Legion (Spain North), Pastor Keith Brown, along with the Cathedral Asst Dean, Fr. Emilio M Sánchez. 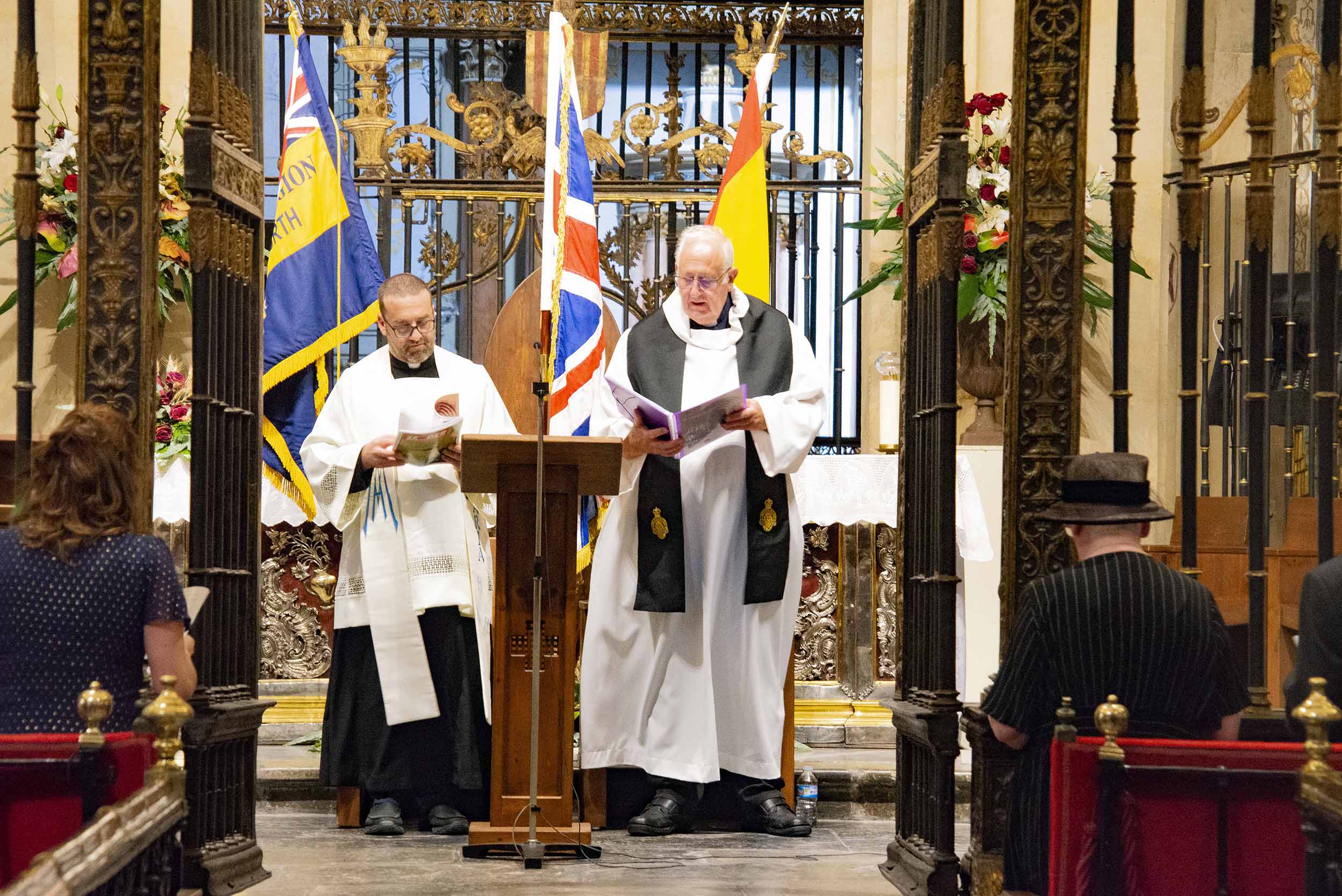 Together with D Day veteran Joe (the cat man) Billet, the Chelsea Pensioners marched into the Cathedral accompanied by “Boys of the Old Brigade” played by the band of the Royal British Legion, Spain, following which, to the tune of “The Royal British Legion March,” they were followed by many of the Standards of the RBL Spain, RAFA, RNA, RMA, British and Spanish military veterans.

During the joint denomination service of readings and hymns, conducted in English and Spanish, there was further musical and choral accompaniment by the Royal British Legion Band in Spain, the wonderful Crescendo International Choir, led by Irene Oliva, opera singer Valerie Lynch, who performed a moving solo of Hallelujah and local entertainer and supporter Stevie Spit with his own musical arrangement, specially written for the service, all gaining rapturous applause. 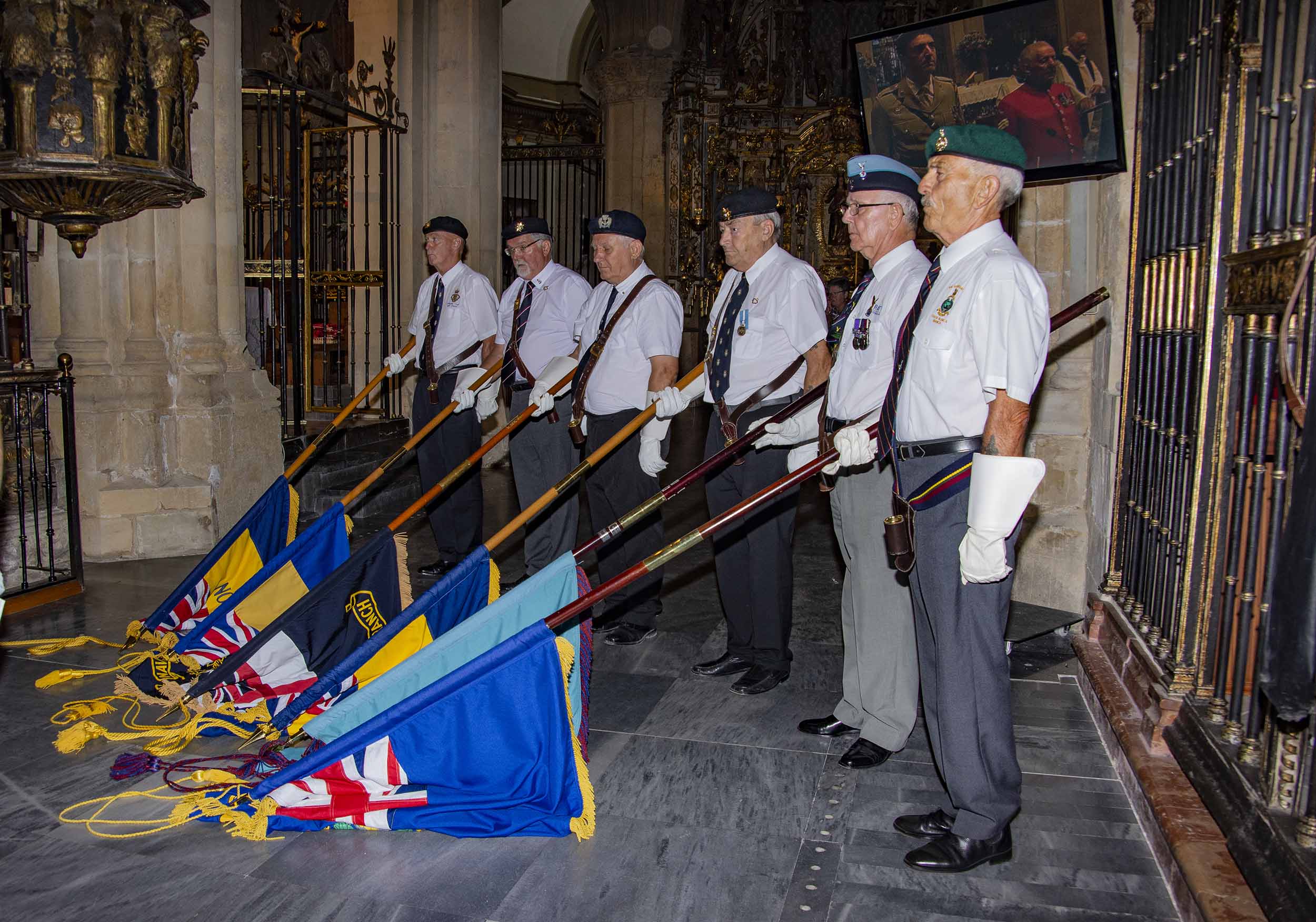 Also during the service the Last Post was played by Derek Hayes followed by Piper David Heaney who played the lament ‘Hector the Hero.’

Both Una Cleminson and Cllr Rocamora addressed the congregation during the service with the latter saying how delighted she was that the expatriate community were able to hold the service in the cathedral’s magnificent surrounds. She said how moved she had been during parts of a very emotional and extremely appropriate ceremony.

In his sermon, District and Branch Chaplain Keith Brown singled out the Chelsea Pensioners along with Joe Billet, of whom he said “we all owe so much.” He added “This event is a great opportunity to recognise their bravery and their dedication and it is humbling to be among them today.”

Following the service a reception was held by the Orihuela Council allowing the guests and attendees to mingle in the impressive cathedral cloisters, where RBL Chairman Una Cleminson told me, “”It was also good to see all the veterans from the many different organisations here in Spain, and their amazing standard bearers.” I was delighted to see such a great show of support from them all, who turned in such vast numbers to show how much they value the service our veterans have provided.” 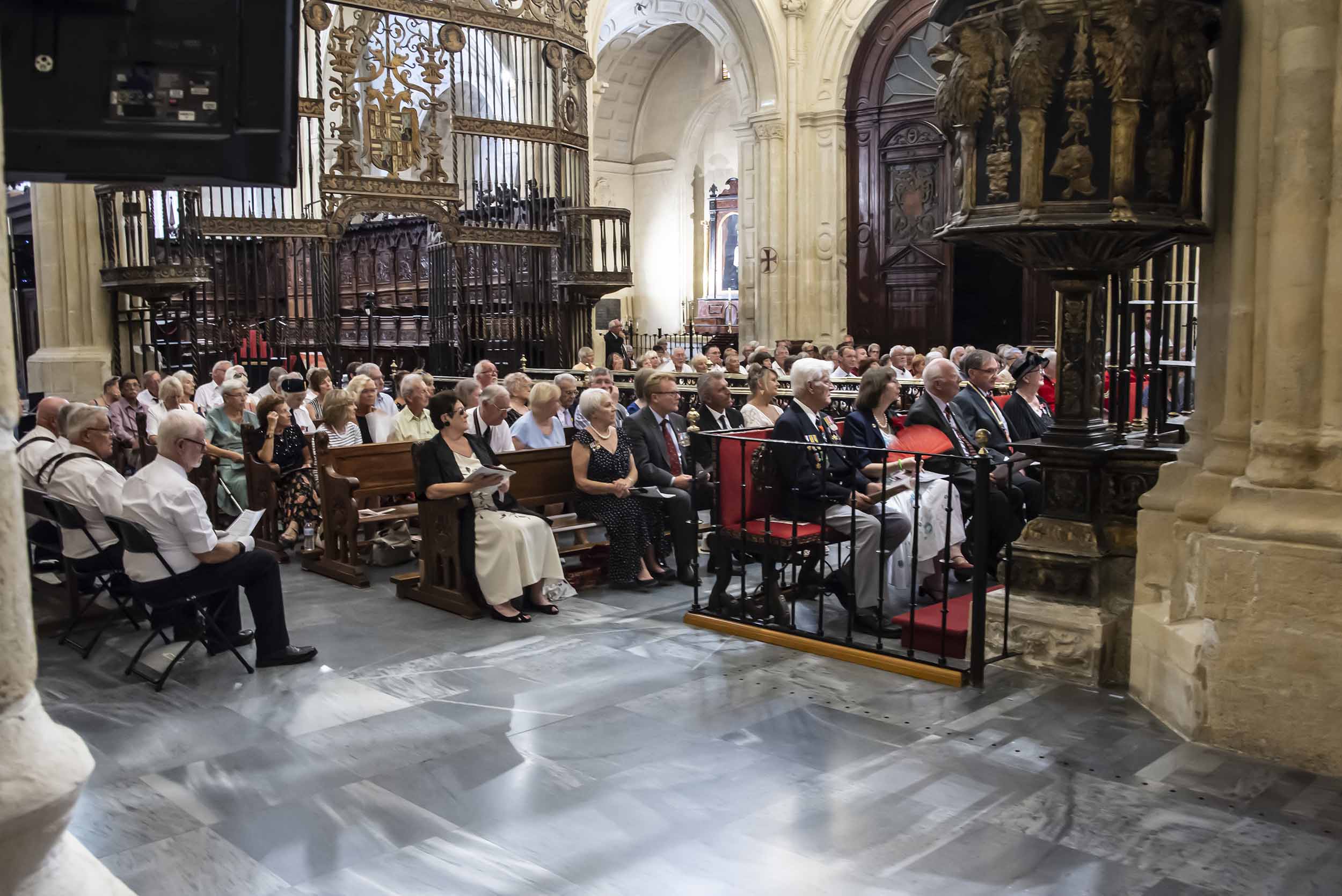 The order of service, which was sponsored and produced by the Leader Newspaper, also thanked the efforts of former Councillor for Foreign Residents, Sofia Alvarez, and her assistant Fermin Gonzalez, who were instrumental in putting the event together, and in providing free coach transport to Orihuela and the reception after the event, photographer David Stokes, along with organiser Eddie Coleman and the members of the Orihuela Costa and District Branch.

Mention also to the choir, the singers and musicians who all made the event so memorable, the Crescendo International choir, Valerie Lynch, Stevie Spit and the RBL Concert Band Spain. It was just such a pity that we couldn’t listen to their wonderful performances for longer.

Armed Forces Day held once again in the surrounds of the historic Catedral del Salvador y Santa Maria, truly was an especial occasion, which it is hoped will continue to grow in both size and reputation for many years to come.