It seems ironic that after so long in discussion the Cruz Roja should finally open a part time office on the Orihuela Costa in a building that seems to be in danger of falling down, a building that, despite opening to the public ten years ago, is still, we understand, without a ‘Certificate of Occupation’ and where neither the insurers nor the local government can agree on whose responsibility it is to repair it’s crumbling structure. 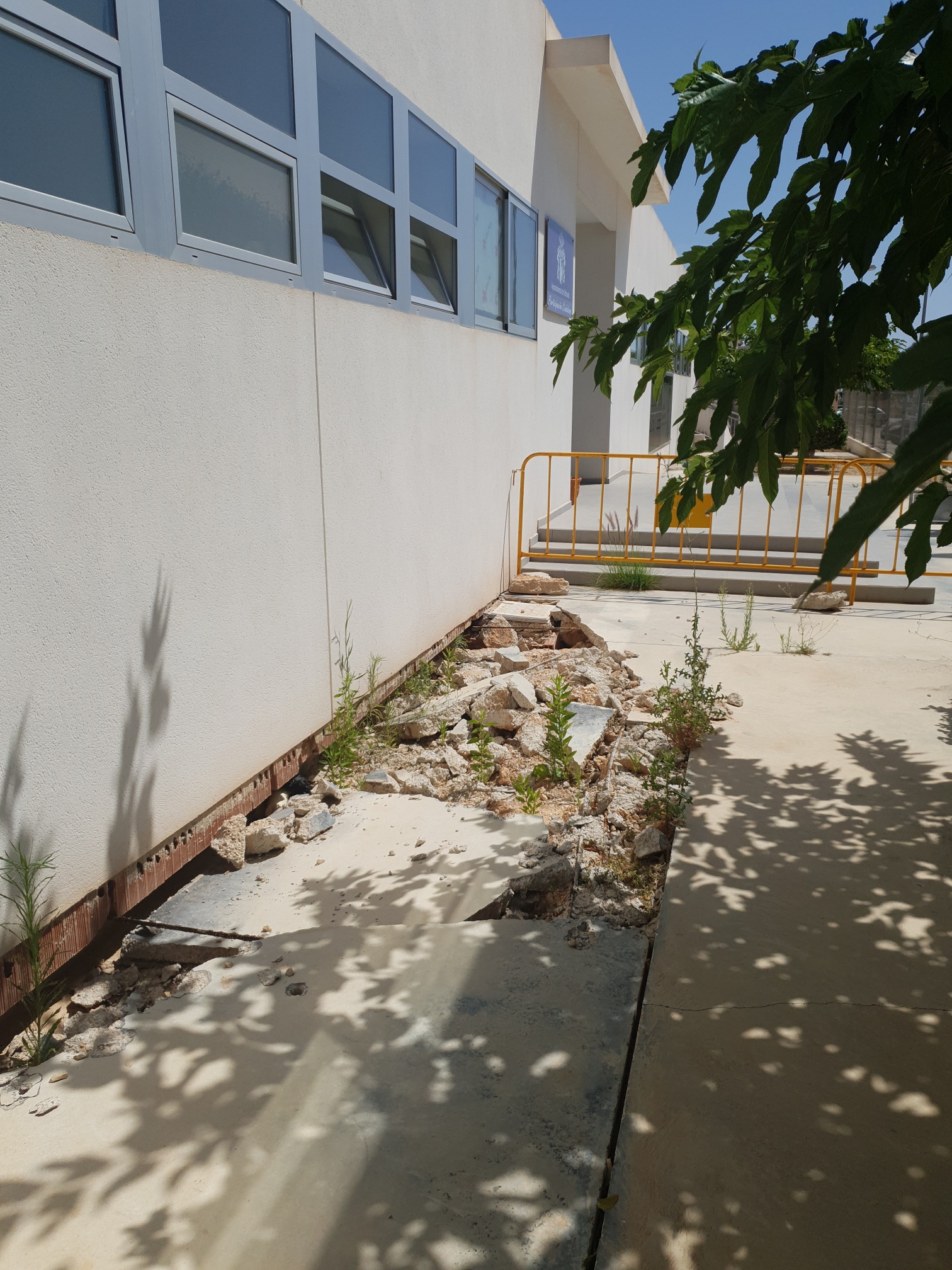 The fact that they are in situ, however, should provide some confidence to the 15 groups and 200 + users of the centre that, should the building fall down around their ears, there will be at least someone in the proximity who can carry out first aid.

I don’t profess to be an expert in buildings and structures but even I, a complete novice in these matters, can see that the Centro Civico Ramon de Campoamor is in urgent need of structural repairs. There are an absolute multitude of cracks wherever you look in the building, in every single room, which I doubt that even the most credulous of us would put down to the foundations settling in, certainly not after a period of ten years.

The area directly outside the main door provides all the evidence that anyone should need, a gaping hole of about 3 metres in length, perhaps best described as a sink hole, that has also taken a good part of the pathway and the underbuild with it.

But in the event that no action has been carried out by the authorities we can only assume that we shouldn’t be concerned.

We know that there have been at least two inspections undertaken by council surveyors in recent months, both of who left the building without providing an explanation or any clarification, so we can only assume they both consider the structure, and the welfare of it’s users, to be secure.

But what we would like to know are the plans that the authorities might have to carry out the necessary renovation, if for nothing other than our peace of mind and that of the groups and the individuals that use the facility and who currently feel they are putting their safety at risk every time they enter the building.