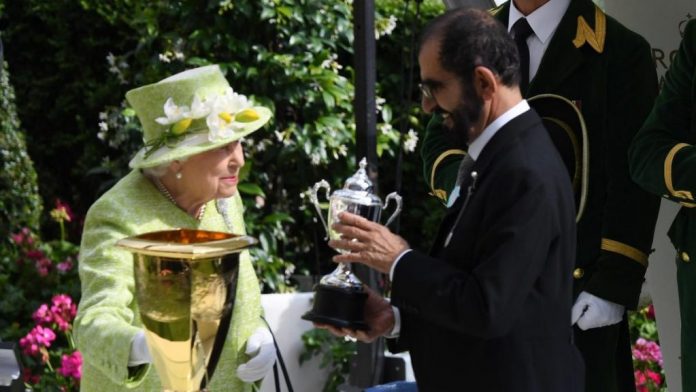 By Andrew Atkinson Blue Point – selected by fromthehorsesmouth.tips – completed a rare double at Royal Ascot on Saturday, on day five of the meeting, when adding the Diamond Jubilee Stakes, following success in winning the King’s Stand Stakes on Tuesday. Trained by Charlie Appleby and ridden by James Doyle, the five-year-old became only the third horse to complete a double in the two Group 1 races. Blue Point, undefeated in five runs this season, lead at the furlong post, ahead of Dream of Dreams winning by a head, with Kachy third. “I have never met a horse as tough as this,” said jubilant jockey Doyle. “I think he is one of the quickest I have ever ridden. It got a bit hairy late on – but this fella is so genuine –  he just wanted to chase Kachy down,” said Doyle. Sheikh Mohammed, owner of the Godolphin racing stable, said: “It was marvellous. Good horses always give you great pleasure.” Appleby said: “It’s sporting of his highness in allowing me to have a crack at running this horse – it’s what racing is all about. “Words can’t describe what we think about this horse – on the back of Tuesday – he showed huge courage.” *Frankie Dettori, with seven winners, highlighted by fromthehorsesmouth.tips throughout Royal Ascot, was the Royal Ascot 2019 top jockey, for the sixth time. The post fromthehorsesmouth.tips makes a ‘Point’ with Godolphin hero! appeared first on Horse Racing News and Tips.