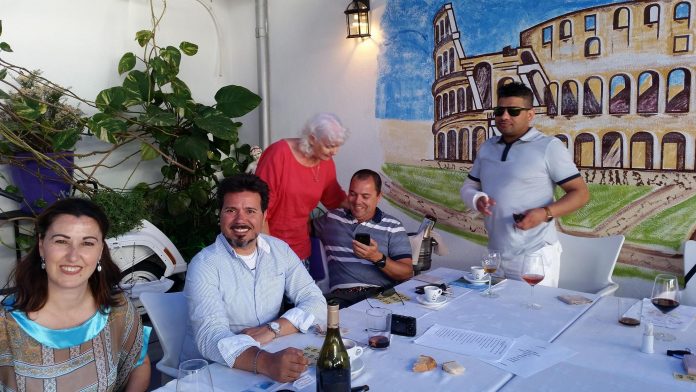 The party started off at two o’clock and the restaurant was almost full from the start. A wide selection of barbequed meats aqnd vegetables were on offer along with several types of salad. This was followed by a selection of desserts which were clearly enjoyed by everyone. 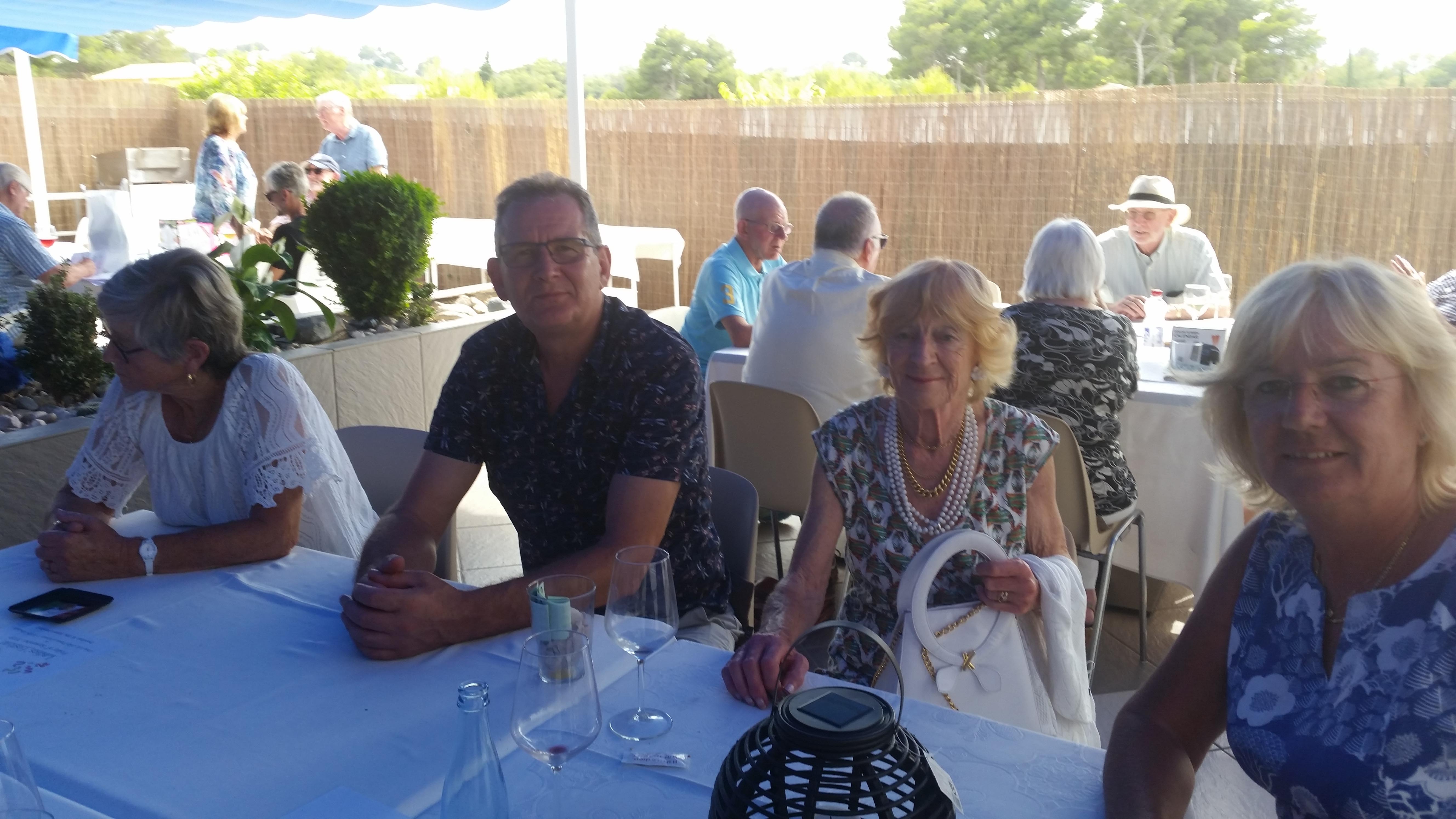 During, and after, lunch the Masons were royally entertained by the music and singing of popular local entertainer Ian Henry who played non stop for almost three hours to the great enjoyment of all the guests. A charity raffle was held in which all the prizes were donated by Masons and their wives. A beautiful pendant necklace was kindly donated by the owner of ASR jewelry Mrs Alessandra Ragusa, wife of Bro Alvaro Ochoa, one of our Spanish Masons.

A beautiful bouquet of flowers was donated by Mrs Fiona Deppe owner of Fiona’s Flowerpower, wife of Bro Peter de Graaf one of our Dutch Masons and many other gifts including, more flowers, wine chocolates and glasses. The raffle raised two hundred and forty-five euros which will be donated to the Master’s charity.

This year Worshipful Master Jim Campbell one of our Scottish Masons has decided to support the children’s home in Denia during his year in office. This was a great afternoon which was enjoyed by all the guests and also raised a tidy sum of money for a local Spanish charity.