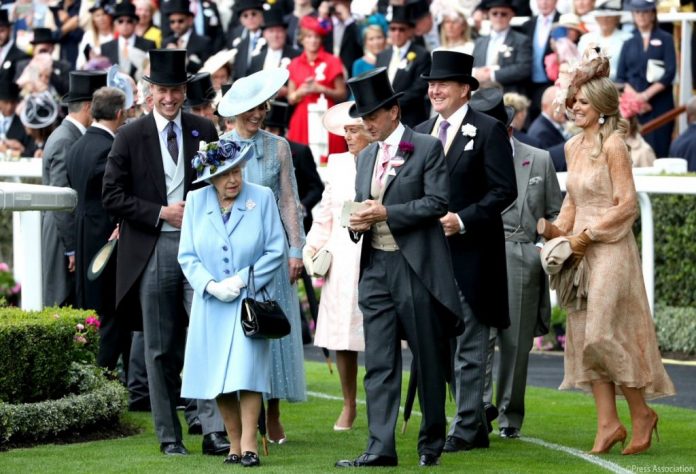 HM The Queen spoke about the changes at Royal Ascot over a 300 years period – saying the stars of the show remain to be the horses.

“Racing began at Ascot over 300 years ago and while much has changed, the horses remain the stars, thrilling us with their beauty, brilliance and courage,” said HM The Queen.

HM The Queen and members of the Royal family officially opened day one of the 2019 showcase Classic meeting in Berkshire on Tuesday, that is scheduled to attract 300,000 racegoers during the five day meeting, during June 18-23.

“The quality and depth of competition at the Royal meeting has also continued to prosper, with eight group one races taking place this week,” said HM The Queen.

Leading celebrities were in attendance on Tuesday, including Sir Andrew Lloyd Webber, and Lady Lloyd Webber, whose horse Too Darn Hot was running.

“The best horses and jockeys from across the globe are increasingly drawn to Royal Ascot,” said HM The Queen.

Leading horses, owners, trainers and jockeys will descend at the Royal Ascot meeting this week.

“It is truly exciting to welcome competitors from overseas, as strong international competition adds further interest and fascination,” said HM The Queen.

*Lester Piggott unveiled a statue of himself – in honour of his legendary status in racing – on the opening day of the meeting.

The post Horses remain the stars at Royal Ascot – HM The Queen appeared first on Horse Racing News and Tips.