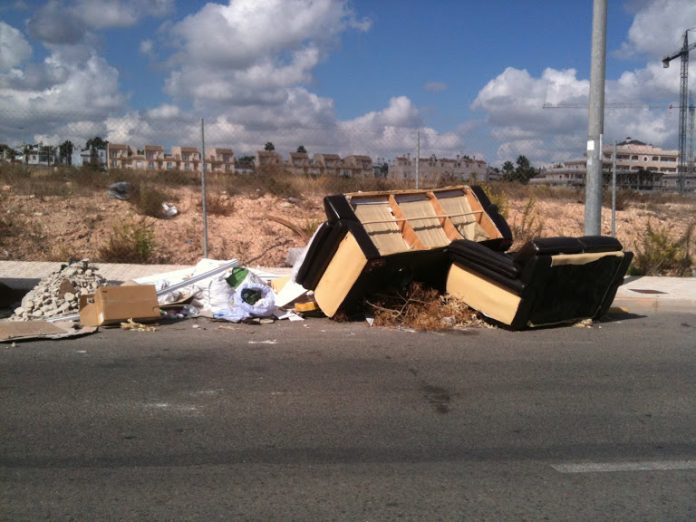 Garden waste, rubbish, seaweed, will soon be a distant memory to the residents and visitors of the Orihuela Costa, at least that´s the promise of the councillor currently responsible for urban waste, Dámaso Aparicio, who announced that the cleaning team will be strengthened from this weekend.

There will be a total of 25 workers dedicated to keeping the coast clean, supported by a new “octopus” truck for clearing garden waste, and two smaller vans.

The official summer season began at the weekend and so the announcement coincided with that, in preparation for the arrival of the largest group of tourists of the year.

The new team will be divided into 3 groups, the first responsible for emptying bins and keeping the beaches spick and span in the morning, the second team will look after the surrounding area, and a smaller group will keep an eye on the area in the afternoons.

The work is being carried out by a private company who have been contracted by the town hall, Actúa Servicios y Medio Ambiente SL, and adds to the team already employed throughout the municipality on a regular basis.

Meanwhile, a new contract has been awarded for clearing p seaweed from the beaches, with the company Agrhimasa Mediterránea SL looking after that until 2020, although there is the opportunity for an extension.