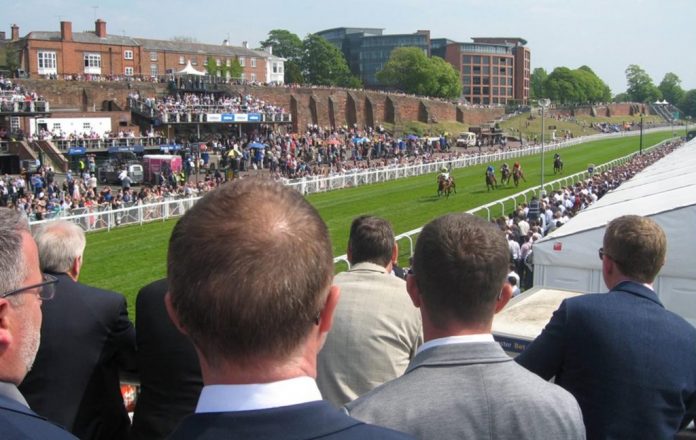 She Can Boogie (3.45) is out to give bookies a merry dance at Chester on Saturday in the Marleybone Gin Handicap over 5 furlongs at the Roodeye.

Trained by Tom Dascombe and ridden by Richard Kingscote, She Can Boogie is tipped to win, with each way selection Free Love.

Mrs Boquet (2.10) trained by Mark Johnston and ridden by Franny Norton is tipped to land the Lamb & Watt Novices stakes over 6 furlongs.

David Egan takes the mount on Bell Heather (3.10) tipped to win the Jj Whitleys Fillies Handicap over 7f, with Cork worthy of each way support.

SANDOWN gets underway with the opening race being the Randox Health Scurry stakes over 5f, with Leodis Dream (2.05), ridden by Oisin Murphy, and Pocket Dynamo, ridden by Luke Morris, both tipped each way.

Hayeta (3.15) ridden by Jack Mitchell, and Baltic Baron, ridden by Oisin Murphy, are both each way selections in the Randox Health Handicap over 1m.

Karnavaal (3.50) ridden by Jim Crowley is tipped to win the Randox Handicap over 7f, with Mardle tipped each way.

Oisin Murphy is up on New King (4.25) and is tipped to land the Randox Health.com Handicap over 1m 1f.

Galileo Silver (5.00) is selected to land the British Ebf Maiden Stakes over 1m 1f, with Jim Crowley up; with Two Bids, ridden by Oisin Murphy, selected each way.

Elysées (5.35) ridden by Kieran Shoemark, and Archimento, with Luke Morris up, are selected each way in the Randox Food Handicap over 1m 6f.

The JCB handicap over 7f sees Lord Oberon (2.25) and Admiralty, trained by Roger Fell and ridden by Ben Curtis, go to post, with both selections tipped each way.

The Sprint handicap over 6f, Victory Day (3.35) trained by William Haggas and ridden by Jamie Spencer, and Moraawed, trained by Roger Varian and ridden by Andrea Atzeni, are both selected each way.

Furzig (4.40) trained by Richard Fahey and ridden by S. P. Davis, is tipped each way in the Ice Co Supporting Macmillan Handicap, over 1m.

Galloway Hills (5.15) and John Kirkup, are both tipped each way in the Diamond Anniversary Handicap over 6f.

The post She Can Boogie to give bookies a merry dance at Chester appeared first on Horse Racing News and Tips.