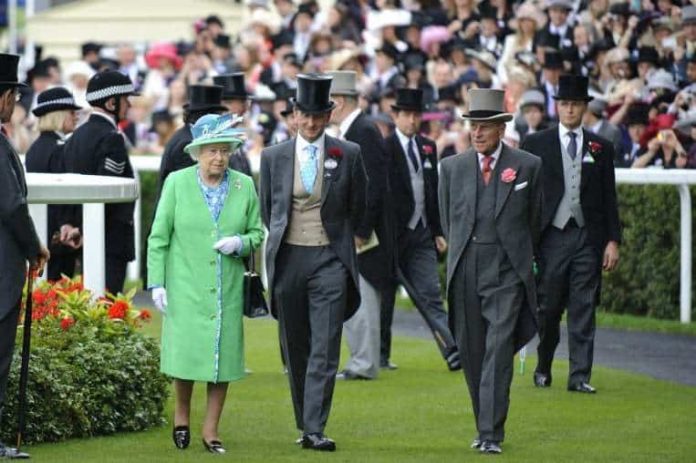 ROYAL Ascot 2019 gets underway on June 18 with the five day meeting spanning back to 1711 with the inaugural race Her Majesty’s Plate taking place 308 years ago.

Italian ace jockey Frankie Dettori – who won on Stradivarius in the 2018 Gold Cup – his 60th Royal Ascot win, will once again be the punters favourite at the Royal Gala meeting in 2019.

The meeting gets underway on June 18 with three Group One races from the 18 Group races taking place, culminating on Saturday June 22, that includes The Queen Alexandra Stakes over 2m 6f.

Ascot’s history dates back to 1711 after Queen Anne viewed land at East Cote, with vision for a racecourse. On August 11, 1711 Her Majesty’s Plate took place, with a booty of 100 gns being the winner’s purse.

Royal Ascot is also dominated by fashion, alongside top racehorses showcasing, with enclosures having their strict dress code. Top hats are mandatory in all enclosures, barring the Windsor Enclosure.

Handicap races at Ascot began with the Oatlands Handicap in 1791. In 1813 Parliament passed an Act to ensure that the grounds would remain a public racecourse, with a new grandstand opening in 1839.

Up until 1945 the only racing that took place at Ascot was the Royal Meeting, over four days.

National Hunt racing began in 1965, with the NH course established from turf used on Hurst Park Racecourse, following its closure in 1962.

Ascot racecourse closed in 2004, for a £185m redevelopment – funded by Allied Irish Bank. As owner of the Ascot estate, Her Majesty Queen Elizabeth, re-opened the racecourse in June 2006.

In 2006 a £10m project of improved viewing from lower levels of the grandstand was announced.

Royal Ascot in June has become a ‘Royal week’, attended by Elizabeth II and other members of the British Royal Family, including The Prince of Wales, arriving each day in a horse-drawn carriage.

The Royal procession takes place at the start of each race day, along with the raising of the Queen’s Royal Standard.

Also in attendance are the Duke and Duchess of Cambridge and the Earl and Countess of Wessex.

Ascot hosts three enclosures attended by guests on Royal Ascot week, with the Royal carriages departing after The Queen’s arrival.

Dress code is strictly enforced, with women having to wear a day dress and hat – code rules applying to the length and style of the dress, with no show of bare midriffs or shoulders. Mens’ dress code is that of black or grey morning dress – with a top hat.

300,000 people will be at the races during Royal Ascot week – Europe’s highest attended race meeting.

And in 2013, the Windsor Forest Stakes was renamed the Duke of Cambridge Stakes, with the Queen’s consent, recognising the new title given to Prince William.

The newly-created Commonwealth Cup became the eighth Group One race at Royal Ascot, replacing the Buckingham Palace Stakes in 2015.

Royal Ascot racing prizemoney runs into millions of pounds – over the course of the meeting – with the Prince of Wales’s Stakes; the Queen Anne Stakes; the Diamond Jubilee Stakes and Group One races’ prizemoney increasing annually.

*Royal Ascot updated news and tips will be featured at: fromthehorsesmouth.tips

The post Hats off to Frankie at Royal Ascot! appeared first on Horse Racing News and Tips.

Winning tip Brian The Snail – anything but!