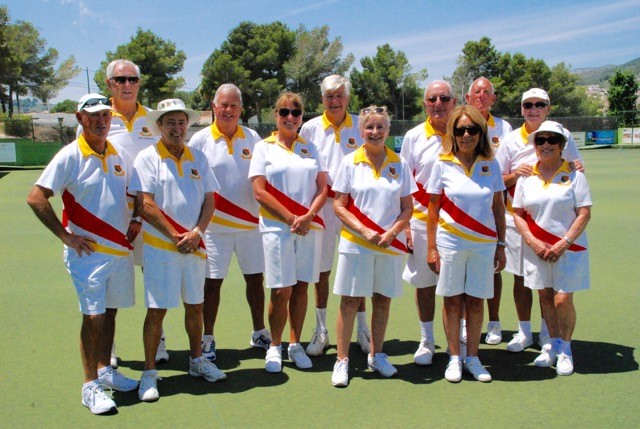 Benitachell Bowls Club has successfully seen off all the Northern Bowls Clubs to win the Northern Valencian Champions League.  Play off against the South will take place at Mont y Mar Bowls Club on the 26th June.

Wednesday afternoon, 5th June, saw the final game take place at the BBC v El Cid Bowls Club.  The games consist of a Rinks game, a Triples game, a Pairs game and a Ladies singles and a Gents singles.  BBC required three points to win and it was a nail biting competition right down to the wire.

BBC Ladies singles was won by Mary Cockle v Betty Anderson with only two shots difference in the game, this awarded two points to BBC..  The BBC also won the Rinks game with Captain Jeff Richards, Brian Doggett, Trefor Evans and Gail Chick gaining another two points, there score gave enough of a shot difference to gain the extra two points. The final result was six points to each club.

This is the second Northern Championship that the club has won this year, having already won the L.L.B (Levante Lawn Bowls) North/South League Championship earlier in the year.  Congratulations to one and all.