On the opening day of the Solheim Cup tournament at Gleneagles in September, viewers can expect to see the European Team sporting a unique design. The official Solheim Cup tartan has been woven into several abacus® garments, celebrating the Solheim Cup´s return to the Home of Golf.

Since the partnership between the European Solheim Cup Team and Swedish Abacus Sportswear was announced, the European Captain, Catriona Matthew, has worked closely with Abacus head Designer Chris Mattsson, on how the team will look and be equipped during the event week in September at Gleneagles, a time when the weather can be quite unpredictable. This was why Catriona Matthew explained that “having functional weather wear was one of my top priorities – and one I knew abacus® would be able to deliver on, as the company understands the importance of climate control for players.” 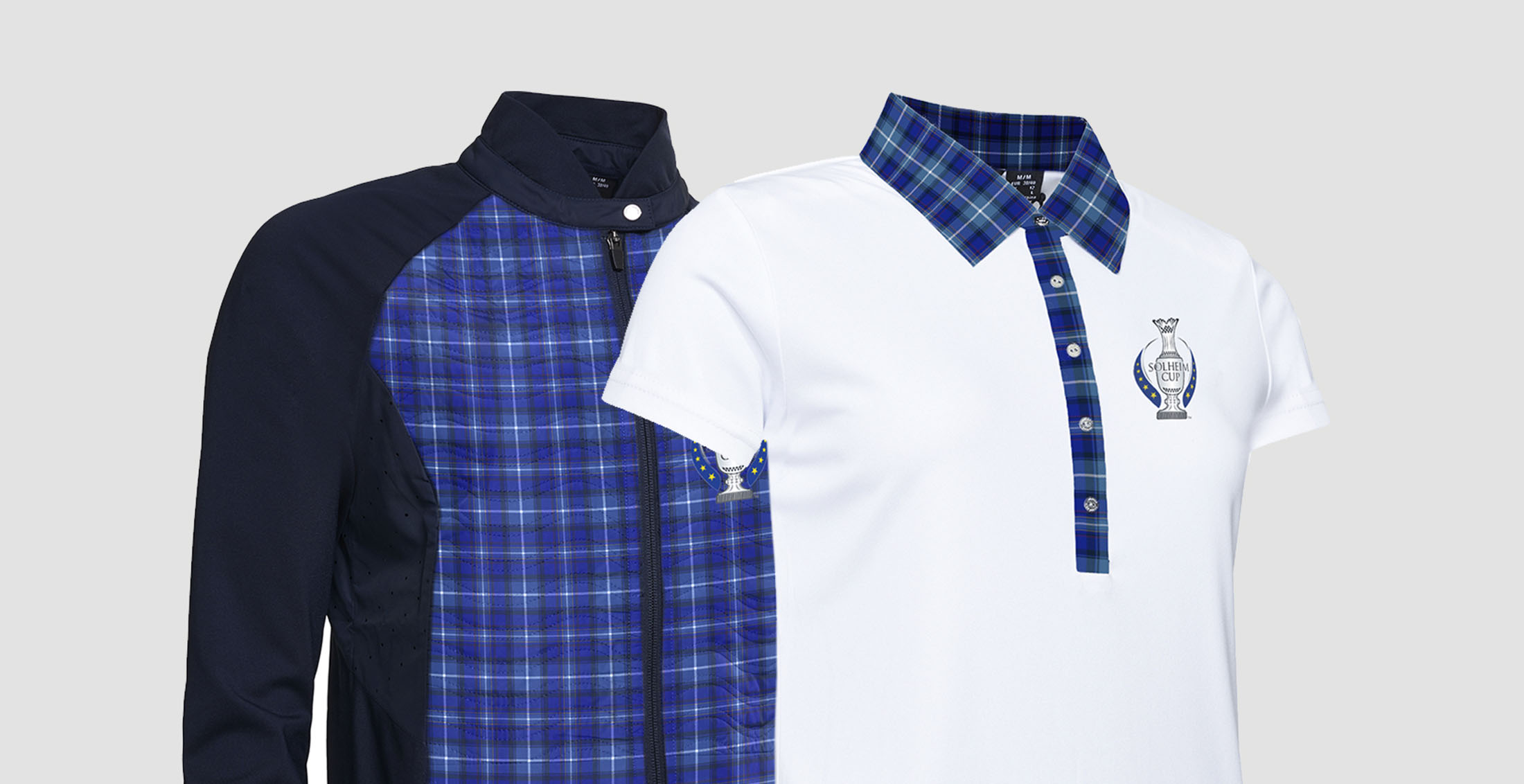 Matthew wanted the official Solheim Cup tartan, which has been commissioned by VisitScotland and created by Lochcarron of Scotland, incorporated into the apparel. The Friday outfit consists of the abacus® Troon hybrid jacket and vest, which have windproof fabric on the front and back where you need it the most, whereas the sides and sleeves have a super stretchy fleece to ensure freedom of motion. The first layer, the Crail polo, has the tartan decorating the collar, is a functional layer with great breathability, stretch and wicking properties.

A limited amount of the tartan styles will be available for sale at the event merchandise shop at Gleneagles during the event week.

Matthew is calling on all European fans to support her team by wearing tartan on Friday, 13th September and the best dressed fan will win an abacus® Troon hybrid jacket and Crail polo. All they need to do is upload a photo to the official Solheim Cup Europe Twitter or Instagram page @SolheimCupEuro using the hashtag #TartanFriday.

The Solheim Cup will be screened to more than 600 million homes worldwide with the match-play format aiming to engage both the traditional golf audience as well as wider sports fans, raising the profile of women’s golf both in Scotland and internationally.

The Scottish Government’s aspiration is that The 2019 Solheim Cup is the biggest ever European edition of the event and the most family-focused golf event in history with around 100,000 spectators expected at Gleneagles. Tickets are priced from just £10 for adults with children under-16 admitted free of charge. For more information visit www.solheimcup2019.com