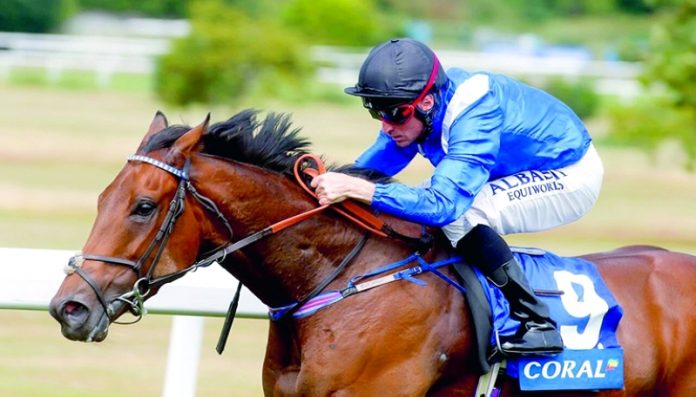 Battash is on track for a tilt at landing the King’s Stand Stakes at Royal Ascot on the back of a success at Haydock Park.

Battash, trained by Charlie Hills, who made a successful reappearance in the Temple Stakes at Haydock, is reported to be in good form on the gallops.

Second in the 2018 King’s Stand Stakes, when beaten by Blue Point, five year old Battash’s form is set to continue on the opening day of the Royal Ascot meeting on June 18.

*A full roundup of Royal Ascot – along with news and tips for Saturday June 8 meetings – will be on fromthehorsesmouth.tips