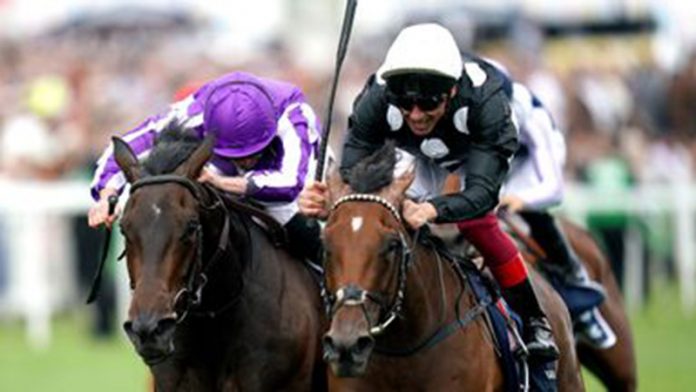 FRANKIE Dettori was ‘in love’ after his successful ride on Anapurna in the Oaks at Epsom – when beating Pink Dogwood for the Italian star’s fifth victory in the Classic: “I absolutely love it!”, said Dettori.

Anapurna, a daughter of Frankel and trained by John Gosden, went ahead of Pink Dogwood, trained by Aidan O’Brien, in the closing stages, with Fleeting finishing third.

“She was very courageous,” said Dettori, who first won the Oaks in 1994 on Balanchine.

“My first Oaks win was 25 years ago – and I’m still here,” said a delighted Dettori, who rides Circus Maximus in the Derby today (June 1).

Jockey Ryan Moore went clear on Pink Dogwood, with an impressive turn of foot to lead the Oaks field, prior to Dettori, who was given a two-day ban for breaching the whip rules, pouncing for victory.