One Monday San Miguel Moors were home to Vistabella Fairways, winning 10 – 2 (84 shots to 77) the best winning triple were Noel Davis, Bob Graham and Gail Willshire (21 – 13).San Miguel Christians were away to Quesada Blenheims, where they had a bad day at the office, losing 12 – 0 (63 shots to 108)

On Friday it was the clubs local derby where the San Miguel Moors were home to San Miguel Christians, the Moors won 10 – 2 (93 shots to 68) 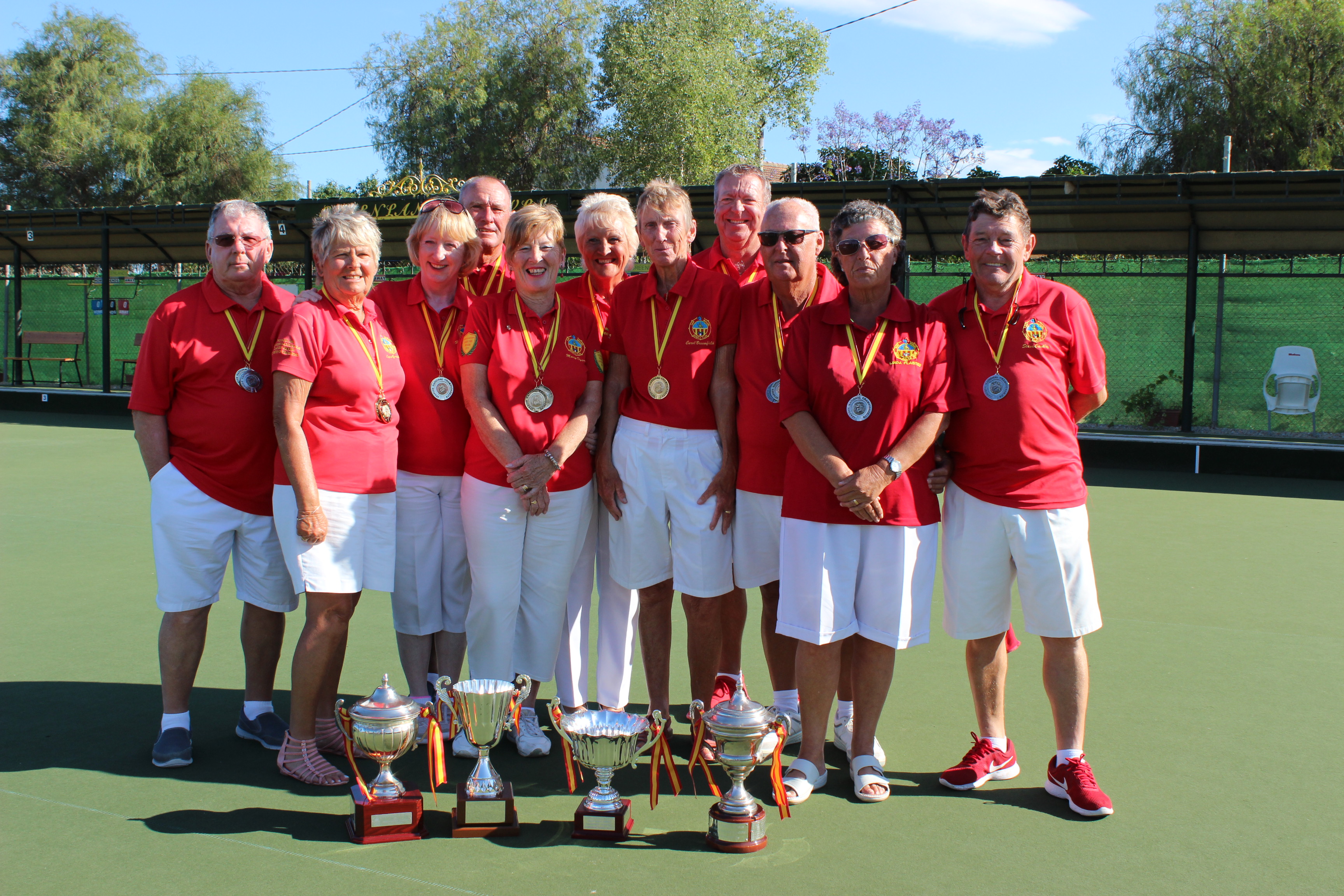 Back to “work” after the Spanish National Championships; well done to our hardworking San Luis competitors and Congratulations to the new champions.

Anyone who has played against SLBC, will know that we are a friendly club; competitive at all levels whilst still enjoying our bowling. Despite the recently agreed (LLB) change, that a side will comprise 6 teams, we are still determined and committed to playing 4 squads in both the Monday & Friday leagues.

Next season we should have 2 squads in both Division A and Division C on both days. There will be plenty of games for everyone and opportunities for players of all levels of experience. We have an established open and fair selection policy for all divisions.

Come along & bowl for free on any Sunday morning at 10:00am to try the game….ask at the bar.

On Monday in the South Alicante Hurricane Division the Horadada Hawks were at home to San Luis Hercules.  The weather is heating up now and so are the results for Horadada.  We had a very comfortable win which is what we would hope for a home match.  Our winning rinks were:

With the overall shots going to Horadada the final result was 83 shots for to 52 against giving us 10 points to 2 against.  Week 5 and we are second in the table.  A great result.  Well played to everyone.  Halfway through the summer season and we only have one home match left.  Let’s hold on to our position Team Horadada.

On Wednesday in the VCL League we were at home once more, this time to Greenlands Jasmin.  A couple of close matches which could have gone either way but sadly for our trips it went the wrong way.  Our winning disciplines were:

With the result of the close matches we just managed to achieve the overall shots.  The final result was 89 shots for to 87 against giving each team 6 points each for a draw.

Our position in the VCL table is not so good.  We are second from the bottom but only 1 point behind Montemar who we play on Wednesday.  Come on Team let’s go for it and move up that table.  Keep ‘em bowls a rollin’.

Tuesday we welcomed back the Torrevieja branch of The Royal British Legion to the Isle and the game was played in a great spirit, as usual the home advantage gave the Isle a 5-2 win in trips. Good to see them again 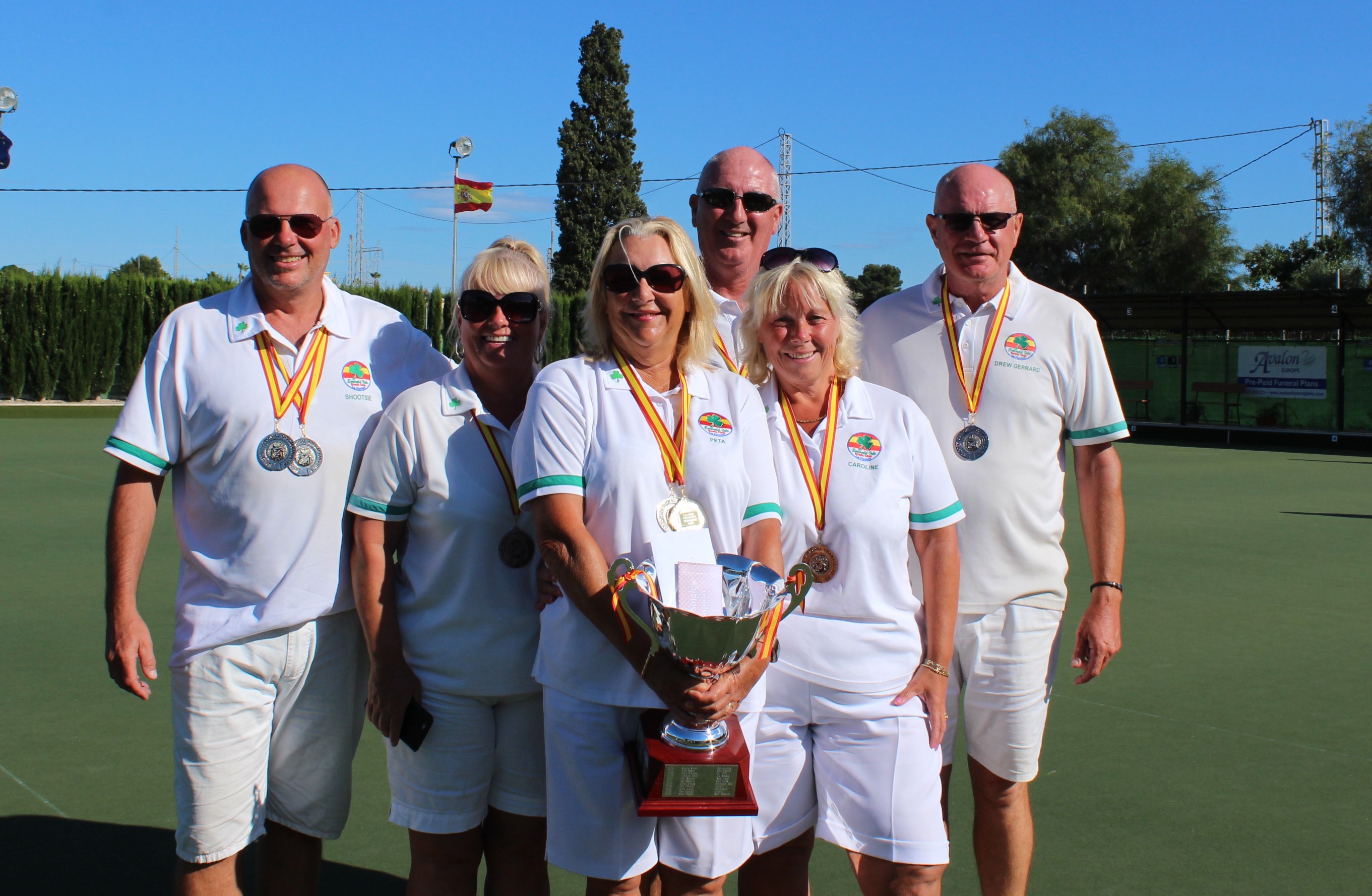 SAPS is now on Sat mornings 10-00am. 5 Euros for 2 hours of bowling with bowls shoes and tuition supplied

How nice it was to get back to the league matches, this Monday morning, particularly at home to the very friendly Badgers from Country Bowls. I know our trip really enjoyed the match and company; the competition really could have gone either way, though the score line may not infer it. The Buckskins had a successful morning taking the rinks by 4 to 1 and the overall shots 98 to 76.

On Wednesday our VCL team were at Greenlands against a strong team. whilst losing in 4 of the disciplines, the rinks had a good win and Diane Yates lost the ladies singles by just the one shot. For further membership information contact Sheila Cox at micksheilacox@gmail.com or Brian Taylor on 965077093 or at elranchobowlsclub@gmail.com