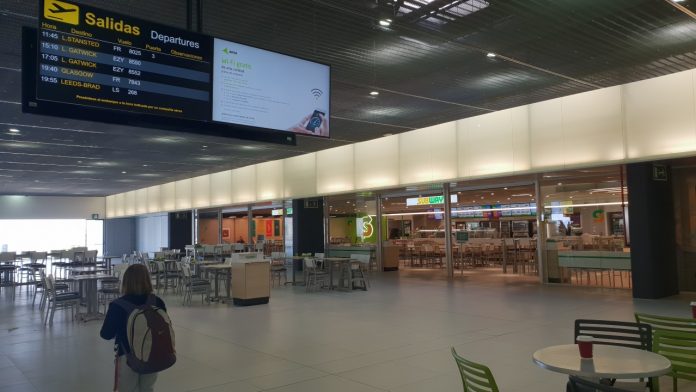 Despite spending an absolute fortune on the new Murcia International Airport, during the building and opening of which the Murcia Government seemed to lurch from one crisis to another, Corvera finally opened its doors, just seven years late and at a cost of 265 million euro.

The Murcian government spent far too much on the airport construction in order to replace a perfectly good facility that was not costing them a penny. The new facility is a great deal further from the coast, and guess what….flights and airport traffic, compared to San Javier, have already fallen by 10%, and doubts are now growing about whether the investment was worth it.

You might remember that on Monday, 14 January at 8:40 pm, a Ryanair Boeing 737 took off for Manchester airport. It was the very last civil flight from San Javier, about 45 kilometres from the city of Murcia.

On the ground, in a very modest farewell ceremony, the president of AENA, Maurici Lucena, the General Director of the company, Javier Marín , the government delegate, Diego Conesa and the Air Force Commander watched the aircraft take off in silence. There was no pomp or ceremony. Neither was there a single representative from the Murcia regional government to witness what was the last non-military operation, after half a century of service to the civilian population, during which time the airport has earned billions for the local economy. 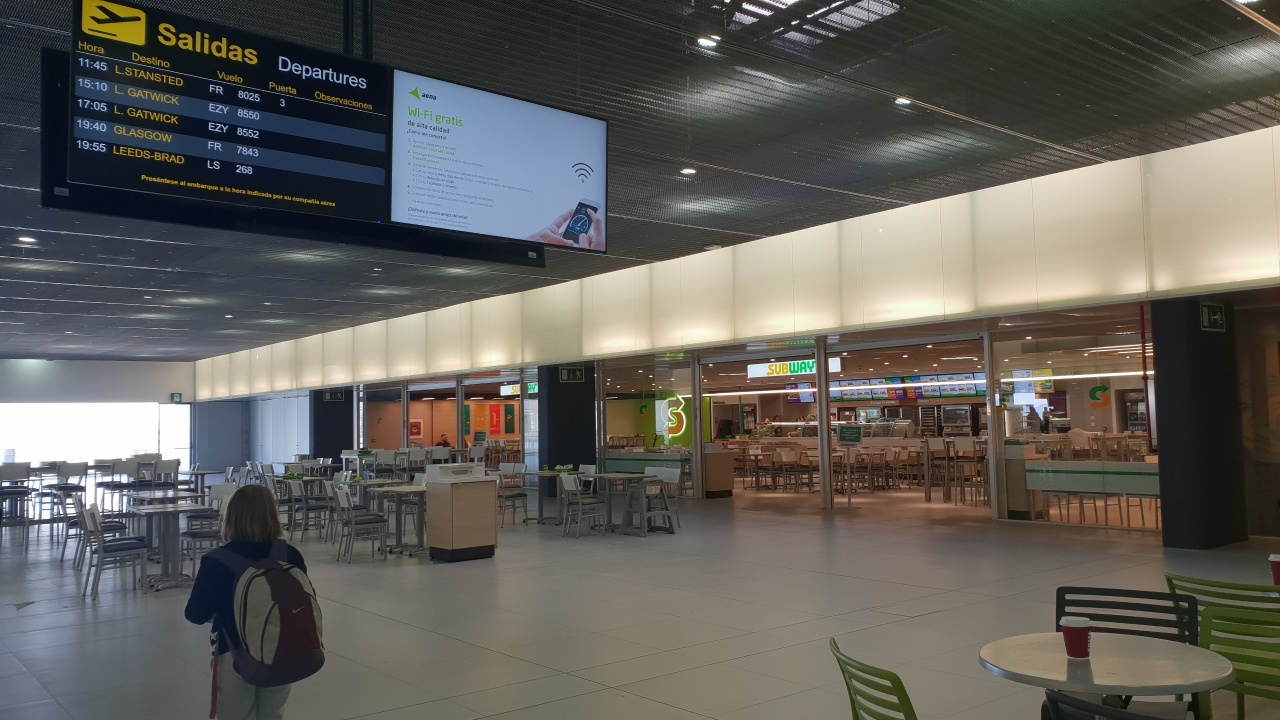 The following day was very different. On Tuesday, 15 January at 11am, an Army Falcon landed at the Murcia International Airport, located in the town of Corvera, about 22 kilometres from Murcia, but much further from the coast than San Javier.

On that occasion there was plenty of ceremonial splendour with the president of the community, Fernando López Miras, and a large part of his government, waiting at the foot of the aircraft pan together with many other dignitaries, including the Minister of Public Works, José Luis Ábalos.

As the aircraft steps were lowered, down climbed King Felipe VI, and so the ‘boot licking’ began.  The airport was officially open!

But now, after four months of doing business, and comparing the activity to that of San Javier,  both flights and passengers have fallen dramatically and doubts are growing about whether the investment was worth it.

With more than seven years of delay on the originally planned scheduled, a multimillion-dollar litigation with the initial constructor and management company (Sacyr), and a construction cost of more than 265 million euros, the new International airport started operations at the beginning of the year. 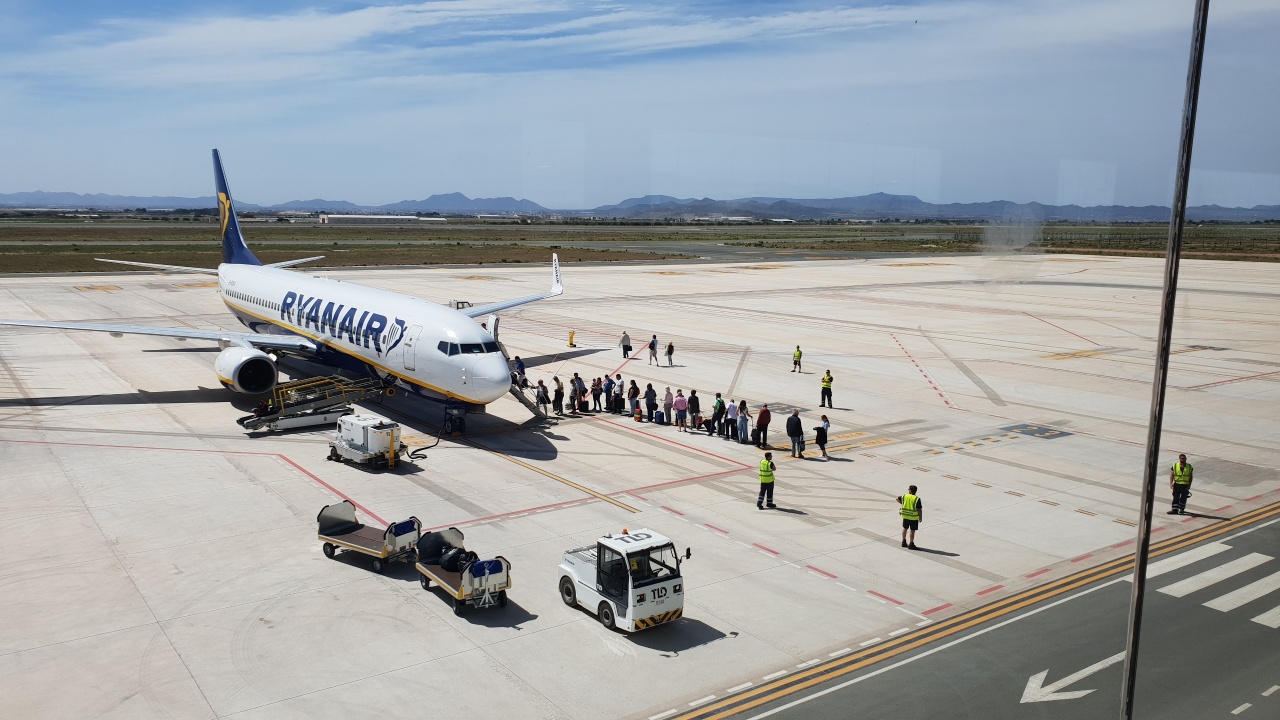 Murcia President Lopez Miras said that he was very satisfied. The airport had accomplished something that few other airports in neighbouring communities had not been able to do, bring in the International management company AENA  to take over its operation.

The airport at Castellón, another multi million euro fiasco, had been trying for years and even now, seven years after it first opened it continues to be without an operator after the termination of its contract with the French company Edeis.

Anybody who works in in real estate will tell you that there are three key words that must be considered when planning a property purchase or marking a territory, if you want to have any guarantee of success. They are location, location and location, each of which badly lets down the site at Corvera, and already the signs are beginning to tell.

The reasons may be quite simple in that, for some of the coastal destinations, such as Manga del Mar Menor or nearby towns such as Torrevieja (already in Alicante), it may be much more attractive to travel to the Alicante-Elche Airport where El Altet is a much larger and better connected airport,  owned by AENA and at which the state company invested over 600 million euros last year, to raise its capacity over 20 million passengers, more than four times the capacity of it’s Murcian neighbour.

Initial figures indicate that the Corvera site is much less attractive for both traffic and airlines than was its predecessor. In the first four months of operation, Murcia airport processed 232,231 passengers, 17.7% less than the numbers moved by San Javier in the same period of 2018.

To be fair, it must be said that the comparison is not entirely exact, because the opening of the new facility didn’t take place until 15 January, but if the first month of the year is excluded, the analysis between February and April shows that traffic decreased by 10.5%, according to statistics published by AENA on its website. The decrease was parallel to that of the flights operated, 18.7% lower in the first quarter.

In a highly competitive air market, no company operating under free regime can afford to fly airplanes with empty seats, and Alicante is proving to be a destination that is more in demand by those airlines. Accumulating 3.9 million passengers between January and April, 8.5% more than in the same period last year, it is now beginning to consolidate itself as the major tourist hub of the Spanish southeast coast.

But the Murcian authorities continue to insist that their airport can fill a gap in the market despite its proximity to Alicante, and that there is sufficient demand by the public. The most optimistic estimates talk of four million tourists coming to the region thanks to the infrastructure, which is now connected with the United Kingdom, Ireland, Belgium, Austria, Poland and Norway, with airline companies such as Ryanair, EasyJet and Tuifly.

But with Ryanair announcing recently the withdrawal of their winter schedule between Corvera, Luton and the East Midlands, the outlook for the new airport is not as rosy as Murcia’s politicians would have you believe.

But of course time will tell whether the 265 million invested by the Murcian Government will have been worth it or whether it has been a very expensive caprice and a historical fudge.

Would it have been smarter and cheaper to continue trusting San Javier, which did not cost a single euro? For now, the figures point unquestionably to the second.