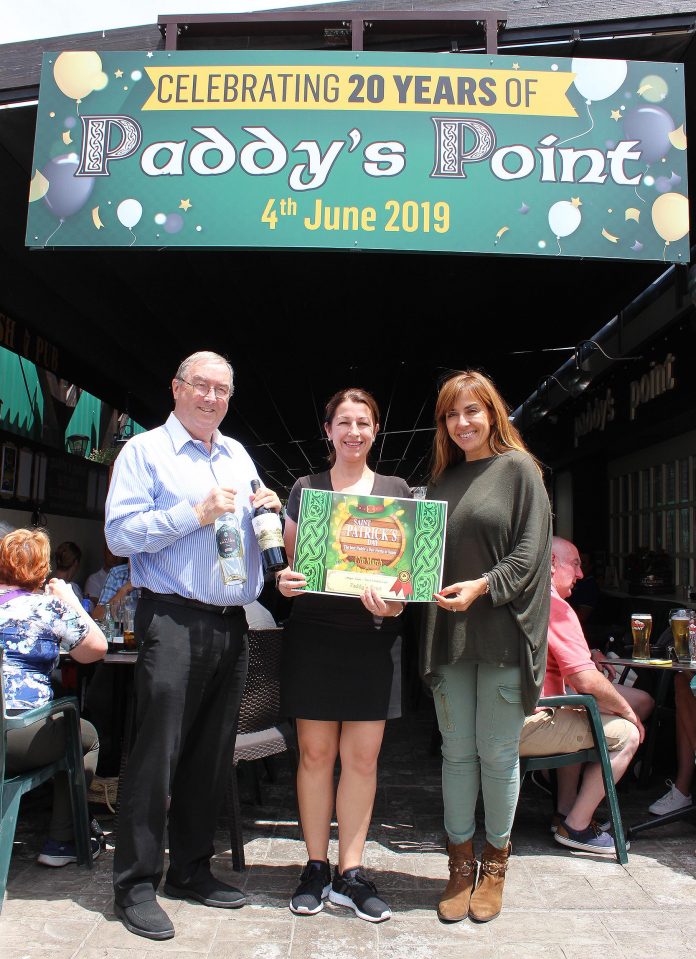 During the month of June Paddy´s Point has a history spanning 20 years, and it has certainly come a long way in that time.

The first Irish pub in the area, Paddy´s Point has evolved into a vast pub-restaurant with a great deal to offer residents and holidaymakers alike, and this can very much be attributed to its owners, Hazel and Rory.

Hazel Connor, a native of Co. Offaly, has been at the pub since the very first day, in 1999. A year later, Roscommon native Rory Lee joined. He worked his way from bar man to bar manager and in 2008, the two went on to lease Paddy´s Point, eventually buying it in 2012. Rory and Hazel have helped shape the pub into what it is today. You´ll be likely to see Hazel serving food on the terrace, or Rory pulling a pint, and it goes without saying that they are hands-on in the running of the business. Their ethos also applies to the staff made up pf many familiar faces who regular customers can rely on, safe in the knowledge that they´ll be looked after.

General Manager, Marie Chapman, has been a part of the team since 2001. Alan Condron joined as bar manager in 2005, and Eibhlin Curtin in 2007.

Many customers will testify that the food is part of the experience at Paddy´s Point. Consistency, quality and familiarity are what the kitchen aim to deliver, and they certainly do. People wanting a ”taste of home” will not be disappointed.

Danielle Ruttledge and Anne Clarke opened the pub´s first kitchen in 2008, and they still work there today, ensuring the running of the kitchen is seamless. They have seen the kitchen go from strength to strength, and with resounding demand and a growing work force, the kitchen was renovated in 2013, to keep up with the popularity of its extensive menu.

The staff would describe themselves as family, and, sure enough, there are family ties within the team. Danielle and Ann´s sons, Steven and Ryan, ensure that the pints are perfect. Alan´s mother, Marian, helps in the kitchen. Karla McGarvey, one of the floor staff, joined from Co. Donegal.

That year saw the arrival of more of the force, including Emma, James and Gavin. We have also seen the arrival of some new faces in recent years, including Jordan, Caoimhe, Olivia, Dane, Clodagh and Paul, who fit right in, and hopefully will still be part of the team for years to come.

Needless to say, the permanence of the team is testament to the love of their job. The immaculate image and cleanliness of the premises can be attributed to Lyn, who has made it sparkle and shine for the past 10 years.

The atmosphere in Paddy´s Point is palpable, with customers and staff alike enjoying being on the sunny terrace. For the sports fans, the pub boasts 20 televisions, both inside and out, showing major sports. GAA, soccer – you name it, we show it.

The pub is also home to the Celtic F.C Supporters Club – the biggest of its kind in Europe, outside the UK and Ireland.  For the Celtic games, home and away, the pub is a sea of green and white, alive with supporters, music, and cheer. The Club has also been on various trips to see Celtic play, including Barcelona and Valencia.

At night, the fun atmosphere continues, with table service on the vast terrace, and some fabulous music. The much-loved Eileen Reid sang from 2007 to 2013, to many fans of her music. Proficient on the Costa Blanca music scene, Paul Cullen, has played weekly since August 2003, and is guaranteed to get everybody dancing! Year after year, the customers return, young and old, for the liveliness, and guaranteed solid service. In the summer months, local magician Graeme Mykal entertains both kids and grown-ups alike with magic tricks and balloon modelling. 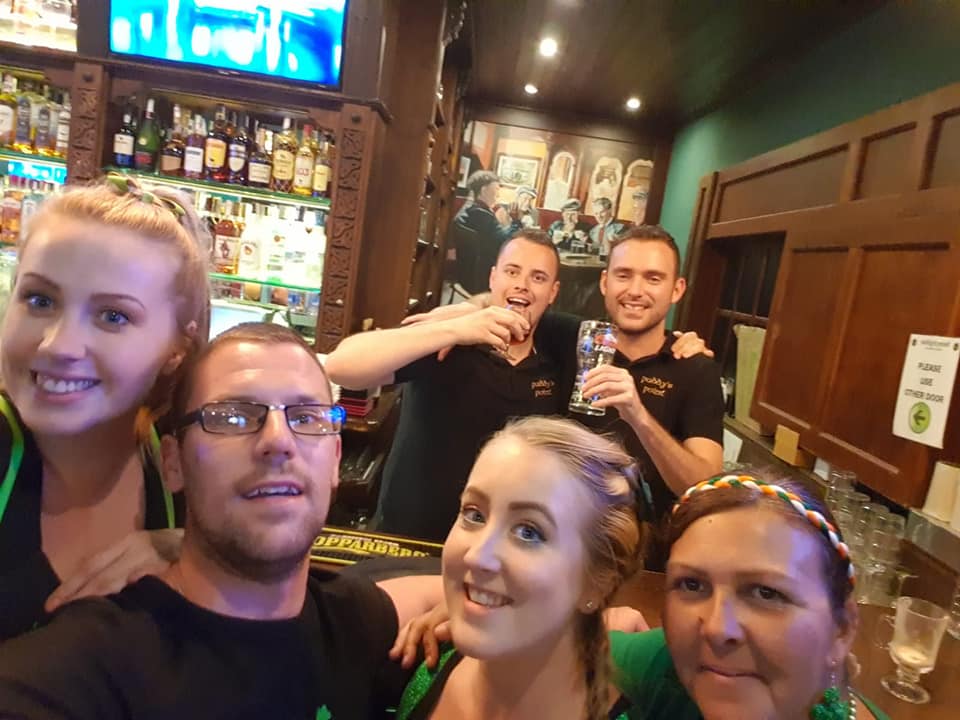 Paddy´s Point has also won awards – in 2018, they were proud winners of the “Irish Pub with the Best Atmosphere” in the first ever “Irish Pub and Grub Crawl” held on the Orihuela Costa. Pipping 30 other Irish bars to the post, it is an achievement which Rory, Hazel and the staff are extremely proud of. This year they won the food award with “Best Tapa in an Irish Pub”.

The atmosphere both inside the pub and out, is one which is hard to replicate, and undoubtedly Irish. It has a personality and charm all of its own. From the décor to the Irish welcome from the staff, “Paddy´s Point lane” is a home from home.

Rory and Hazel are keen to pass their hard-working values on, not only to their staff, but to their two daughters. Their eldest daughter, Cloe, likes to work during the school holidays, and ten-year-old Isabel has her very own apron!

The small community of La Zenia, and indeed the Orihuela Costa, would definitely not be the same without Paddy´s Point. They are often generous sponsors of charitable events, and their bi-monthly golf society is one of the most successful on the coast, and a guaranteed great day out for all.

Paddy´s Point has customers from all over the world – England, Sweden and even as far as Australia! It´s a place to relax, socialise, or just get a good bite to eat and enjoy the sun. At Paddy´s Point, there truly is something for everyone.