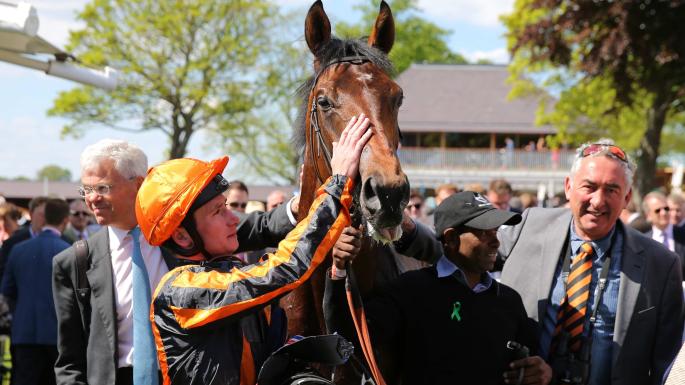 TELECASTER, ridden by Oisin Murphy, a leading contender to land the prestigious 2019 Derby, is out to thwart Aiden O’Brien’s bid to land a seventh winning Derby at Epsom Downs on Saturday.

Telecaster, trained by Hughie Morrison, who ran against Bangkok at Doncaster, and gained success in the Dante Stakes, expected to stay the trip, was supplemented at £85,000.

“Telecaster was an impressive winner of the Dante Stakes” said 23 year old Murphy, riding in his fifth Derby.

Sir Dragonet, Broome, Circus Maximus, Anthony Van Dyke, and Japan are amongst a plethora of entries going to post for O’Brien, the Ballydoyle ace having showcased his cards in trials.

Colt, Broome won the Ballysax and Derrinstown Stud Trial in the spring.

The Derby, dating back to 1780, restricted to 3 year olds, is the richest race in Britain.

Investec Derby ante-post favourite Sir Dragonet was also added to the field at a cost of £85,000.

Sir Dragonet was an eye-catching winner of the Chester Vase, when  gaining an eight-length victory on the Roodee.

*Investec 2019 Derby news update and Saturday’s racing news and tips will be at fromthehorsesmouth.tips on Friday.