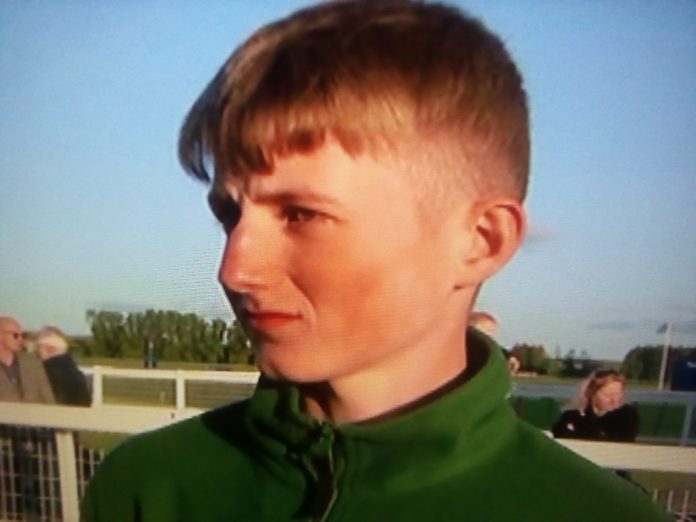 “I was told by the Clerk I couldn’t ride,” said disappointed Nick, ahead of the Summer Prosecco Mini Break at Western House handicap (C6) over 1 mile 2 furlongs.

Nick, returning after breaking his femur earlier this year, had to look on as Ella McCain rode Hard Times into sixth place, behind winner Hillgrove Angel.

“As far as I knew I thought I was okay to ride,” said teenager Nick, who underwent recuperation at Jack Berry House following his leg break.

Apprentice 7lb claimer Nick, who celebrates his 17th birthday on May 31, has now been given the all clear to ride as of from Thursday May 30.

Looking ahead teenager Nick, under the tuition of jockey coach Phil Kinsella, added: “Phil is a great boss to me.”

On returning after injury proud Nick Barratt-Atkin snr. said: “Nick’s been through a lot – I can’t begin to list everyone who has helped him on his way – I thank you all.”