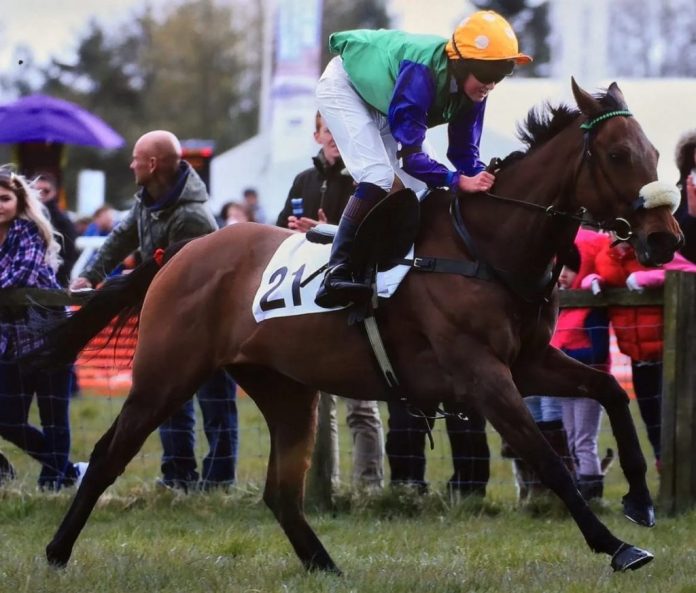 NICK Barratt-Atkin returns to the saddle at Ayr when riding the Phil Kirby trained Hard Times – the teenage jockey’s first official ride as an Apprentice jockey – for the Richmond, North Yorkshire, stables.

Nick is back in the fold after recuperating at Jack Berry House after sustaining a broken leg.

“It will be the first ride for us that young 16 year old Nick Barratt-Atkin will take, aboard Hard Times at Ayr,” said Green Oaks trainer Phil.

Nick, former Leading Racing Pony jockey for the North of England and Scotland, has been praised by Phil – due to his dedication to racing.

“Nick suffered a bad break to his leg at the start of the year,” said Phil, who saddles four horses at Ayr, in Hard Times, Shine Baby Shine, Fasterkhani and Gordanlan.

“It is Nick’s dedication to the job that has pulled him through. He has worked hard at Jack Berry House to be ready for his big day,” said Phil.

“It is Nick’s first official ride as an Apprentice Jockey,” said Phil.

Hard Times joined the Kirby stables from Ireland, and features in a competitive looking Ayr handicap tonight (Tuesday May 28 at 8.50).

Phil added: “Nick claims a handy 7lbs and everyone at Green Oaks will be watching and wishing him the best of luck. He is a stylish and capable young rider.”

The post Nick’s dedication has pulled him through after working hard at Jack Berry House – trainer Phil Kirby appeared first on Horse Racing News and Tips.