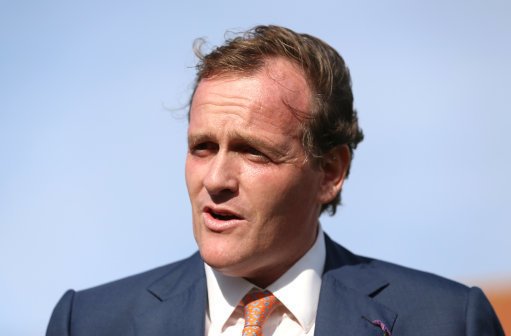 Richard Hannon junior, 43, who landed 174 winners in the 2018 Flat racing season, took the reins when his namesake father retired in 2013.

Hannon, based at Herridge Racing Stables, near Marlborough, Wiltshire, champion trainer in 2014, also has stables at East Everleigh.

Hannon has been successful in saddling a Group One winner in the pending seasons, during his five year training career, heading into 2019.

Hannon has a plethora of horses (280) in the stables including ANNA NERIUM, noted on soft ground, entered in the Lockinge Stakes, the Dahlia Stakes the Conqueror (Listed) stakes.

BILLESDON BROOK won the 2018 1,000 Guineas. Successful at Goodwood twice, the filly is noted in races there this season.

Hannon, who has a staff approaching 100, comes from a family with a long tradition of horse training.

His father Richard and grandfather Harry, were both trainers. As a youngster Hannon jnr learnt his trade at leading stables in Australia, before returning to England to become his father’s assistant.

Richard Hannon jnr took the reins in the running of the stables from his father on January 1, 2014.

Noted horses also include DANEHILL KODIAC, back in training after injury problems, aimed at Chester and races in France this year, with an eye on the Melbourne Cup.

DIVINE COVEY, a filly owned by The Queen, aimed at Newmarket this season.

FOX CHAMPION, a winner at Doncaster when making the running, could be aimed at The  Britannia.

KUWAIT CURRENCY, a winner at Lingfield (eight lengths) and at Salisbury, when landing the Stonehenge Stakes. Handicapped off a mark of 101, an entry in the Bet365 European Free Handicap.

LEROY LEROY has raced in France this season. A horse that has improved.

BOITRON, who ran in the Prix Jean-Luc Lagardere is noted on soft ground at Newbury, having won the Denford (Listed) Stakes at the course.

COME ON LEICESTER, aimed at the Fred Darling Stakes over seven furlongs. Also noted over five and six furlongs.

MAN OF THE NIGHT, a purchase costing €350,000 has impressed on the gallops and deemed “special”.

RED STARLIGHT, filly entered over 1m in a Bath handicap and in the Spring Cup.

STAR TERMS, Newbury Dubai Duty Free Stakes entry, suited by give in the ground. A possible entry in the Guineas.

NOONDAY GUN, by Dubawi out of Sky Lantern, penciled in for later in the 2019 season.

WATAN, Maiden winner and ran against one time 2019 Derby favourite Too Darn Hot. A winner at Leicester. Targeted at the Craven.

RAYMOND TUSK, another that could head for the Melbourne Cup, has returned to the UK having been in Qatar. Aimed at races in France, and a possible entry in the Ascot Gold Cup. Winner of the 2018 Italian St Ledger.

WELL DONE FOX, winner of two listed races. Raced in the 2018 Breeders Cup (soft). Entries in a Group One at Royal Ascot and Duke of York.