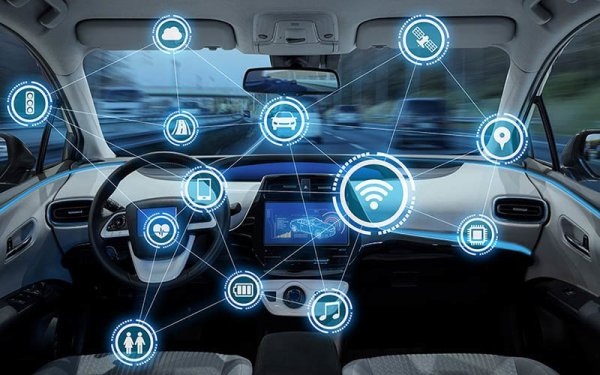 During the Barcelona Motor Show, the Spanish traffic authority, the DGT, in conjunction with the city council, presented a framework that sets out Barcelona as a model city for the integration of future systems aimed at making roads safer places.

Part of the developments which were showcased are assisted and autonomous driving systems, which can be incorporated in vehicles that interpret the environment, speed limit signs, the presence of pedestrians, cyclists and motorcyclists for example, and provide more protection for most vulnerable road users.

The devices emit information that will allow the identification of points of risk in the city for the improvement of the road infrastructure and collect data to advance research and development of the autonomous vehicle.

The objective of the Autonomous Ready Spain system is clear, to drastically reduce the accident rate in urban environments and to certify the positive impact that technology has on the defence of the vulnerable.

The system is not as futuristic as we might think however, as it has already been implemented in 170 vehicles and 79 urban buses in Barcelona. The city thus becomes the “airbag of the new mobility, in which the protection to the most vulnerable users is the priority and in which the central and local administrations take the necessary measures, not only putting the technological tools to the service of a more secure mobility, but establishing incentives and modifying the regulations.”

The DGT, taking into account that 90% of traffic accidents are due to human errors, focuses initiatives such as Autonomous Ready within the “safe system” approach. This approach aims to ensure that human errors, although sometimes inevitable, do not end in tragedy. It pursues a multidisciplinary model in which roads, behaviour, speed and vehicles are secured, so that the negative effects of this error can be reduced through the various layers of protection.

During this year, 530 more systems are planned to be installed in fleet vehicles and 105 in urban buses and continue until it is implemented in 5,000 vehicles which drive in the city of Barcelona.

Any public or private fleet can participate in the Autonomous Ready project, which has already seen the support of companies such as SEUR, FERROVIAL, ALPHABET, MOBILEYE NACEX, LOGISTA, INTEGRA, PASCUAL QUALITY and CORREOS. These companies have manifested their commitment to the safety of their delivery workers and to the city, contributing to the pacification of the same and thus impacting on the reduction of the urban accident rate.